The trailer of Saif Ali Khan's Jawaani Jaaneman is out and netizens are super excited to see Saif in a quirky avatar after a long time! Jawaani Jaaneman also casts Pooja Bedi's daughter, Alaya Furniturewala and Tabu in the key roles. Amidst all the praise, netizens can't stop creating memes out of Jawaani Jaaneman and their first target is Ranbir Kapoor and then Salman Khan.

In the beginning of the trailer, when Saif's mom Farida Jalaal asks him if he is a gay considering he's not marrying any girl, Saif says, "No, Maa. I am not gay yaar aur hota bhi toh kya problem hai?"

This particular scene has become a meme material and here's how netizens are trolling Salman and Ranbir for maintaining a safe distance from marriage!

When neetu Kapoor blames ranbeer for not marrying till date and questioning on his character,

When Salma aunty questions salman Khan for not marrying yet 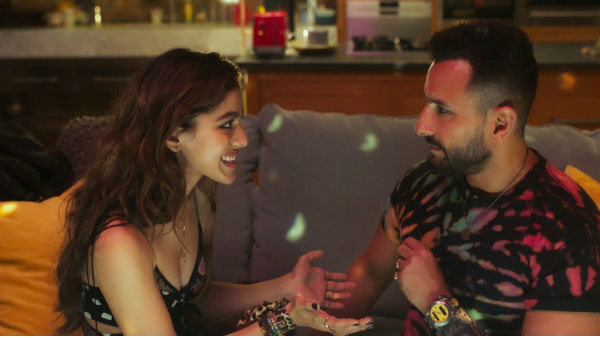 Jawaani Jaaneman Trailer Out: Saif Ali Khan Is Back With His Quirkiest Avatar!