Bollywood actor Vivek Oberoi's brother-in-law Aditya Alva is reportedly one of the accused in the Sandalwood drugs case. According to reports, he has been absconding since early September. India Today reported that a raid was conducted at Alva's Bengaluru residence, where the police found 55-gram dry marijuana and 3.5-gram ecstasy.

Aditya Alva, son of former Karnataka minister Jeevraj Alva is the sixth accused named in the FIR registered at Cottonpet Police Station in the Sandalwood Drug Case. The police have also claimed there is digital evidence showing he was in constant touch with drug peddlers, and that accused Ravishankar also confessed about Aditya Alva's role in procuring and supplying drugs at parties.

The crime branch has issued a lookout circular against Alva's name and has formed teams to arrest him. Meanwhile, Aditya has moved the court for quashing of FIR against his name, but the court has not provided him any relief so far. According to another report in Free Press Journal, the Bengaluru's Central Crime Branch police issued a second summons to Vivek Oberoi's wife, Priyanka, Aditya Alva's sister.

A senior police officer confirmed that the second summons was sent through WhatsApp. The police reportedly served the first summons on Thursday asking her to appear before the CCB on Friday, which she did not, "Hence, we have issued a second summon to her," (sic) police said. The CCB reportedly also raided Vivek Oberoi's Mumbai residence after receiving a tip-off that Aditya Alva could have taken shelter there.

The report in Free Press Journal quoted a senior officer as saying, "We need to question Priyanaka as we suspect she knows about her brother's whereabouts. She has not honoured the summon to appear on Friday. So, we have again issued a summon to her. We have all reasons to believe that Alva is in Mumbai. Besides, we also wanted to question his relatives there regarding his whereabouts." (sic)

More Than 15 People Have Been Arrested In Sandalwood Drug Case

Reportedly, more than 15 people have been arrested by the police in connection with the Sandalwood drug case including actors Ragini Dwivedi and Sanjjanaa Galrani, party organiser Viren Khanna and realtor Rahul Thonse. 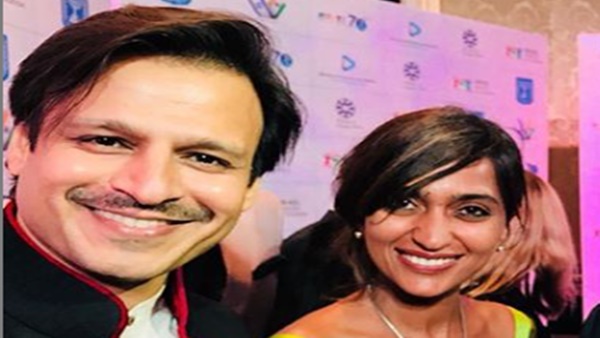