Sanjana Sanghi, who is all set to make her Bollywood debut as a lead in the film Dil Bechara, opened up about not having her co-star Sushant Singh Rajput around to take it all in. Sanjana shared that she struggled to let the moment of the trailer release sink in as she just kept wishing Sushant was present.

In an interview with Siddharth Kannan, Sanjana said, "I am quite young to go through a lot of the things that I have gone through with Dil Bechara and the final nail in the coffin was, of course, losing Sushant. It is just one of those things where you become numb. How much grief and shock... I mean, you can't keep swinging between those pendulums. So to protect yourself, I think you just numb yourself out."

Sushant died by suicide on June 14, 2020. He was found hanging in his Mumbai apartment. He did not leave a suicide note. Dil Bechara will be Sushant's last movie.

Sanjana continued, "Imagine, after working that hard on the film, I couldn't even on the trailer day, just sit back for once and be like (pats herself on the back), 'Well done.' Because you just wish, 'what if he was there.' It's all very muddled but what I do feel is truckloads of gratitude. If it weren't for the people and how much love and support they are showing to the film, it would not be worth it at all."

Dil Bechara is a remake of the Hollywood film, The Fault In Our Stars. The film is casting director Mukesh Chhabra's directorial debut. It has received tremendous love and support from the audiences as it happens to be Sushant's last release. The trailer of Dil Bechara broke records on YouTube by becoming the most-watched and most-liked trailer. 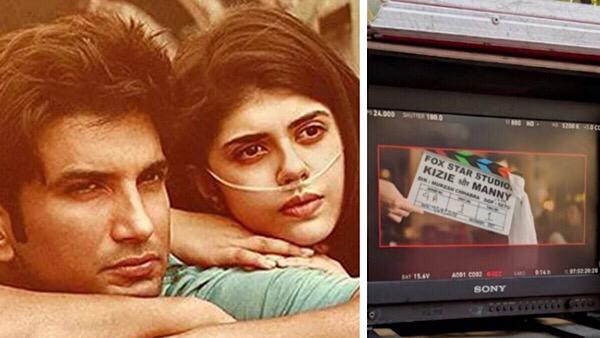