Dangal actress Sanya Malhotra turned 28 today, and she received one of the most incredible birthday wishes ever. Daniel Radcliffe wished her a happy birthday through a video message. We are sure Sanya was overwhelmed as her response had a Harry Potter connection, showing that she is big show of the film franchise!

On her special day, Sanya's friend Junaid, who is supposedly a London-based lawyer, convinced Daniel to send her a message. In the video that Junaid recorded, Dainel says, "Hi there, I am here with Junaid. Hello, Sanya, happy birthday! Wherever you are, I hope you're having a great day!"

Sanya shared the video on her Instagram, along with a gif of Harry Potter's most loved giant, Rubeus Hagrid clapping. Daniel shot to fame after playing the role of Harry Potter in the fantasy film franchise.

After last being seen in the Nawazuddin Siddiqui starrer Photograph, Sanya will next star in Anurag Basu's directorial Ludo. The film is a multi-starrer including Rajkummar Rao, Fatima Sana Shaikh, Abhishek Bachchan, Aditya Roy Kapur, Pankaj Tripathi, Rohit Suresh Saraf, and Pearle Maaney. The film is currently in post-production phase, and is scheduled for release on April 24, 2020.

Another upcoming movie of Sanya's is Shakuntala Devi, a biopic on the math genius with Vidya Balan in the lead. It is set to hit screens on May 8, 2020. 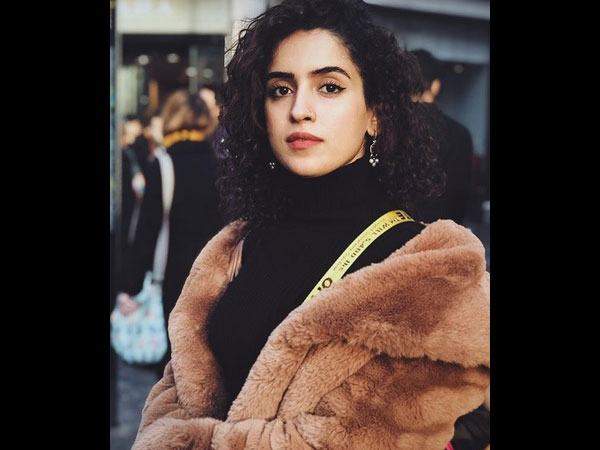