Rhea will be released after a month in jail, today (October 7) if the paperwork is done by 5 pm. As soon as the news hit social media, other Bollywood stars showed support for High Court's decision to release the actress. A report in Bollywood Hungama quoted a friend as saying, "Of course I am happy that she is out finally. The suffering that her parents have undergone, imagine both your children in jail, who will compensate the family for their damages?"

Actress Shabana Azmi was quoted by the portal as saying, "Finally! Now please leave her in peace." On Twitter, Anubhav Sinha wrote, "Finally!!! She gets bail. #RHEACHAKRABORTY." Quoting his tweet filmmaker Hansal Mehta wrote, "Go get some rest girl."

Meanwhile, actress Dia Mirza told Bollywood Hungama, "Rhea serving jail time and repeatedly being denied bail was disturbing given that peddlers of hard drugs with more than small quantity of the substance in their possession, have been released on bail within a fortnight but Rhea remained in jail since Sept 8th when no drugs were found on her. This must come as a relief to her family."

Taapsee Pannu tweeted, "👏🏼👏🏼👏🏼👏🏼 Some time back it was her, tomorrow it will be you but be rest assured the court will give you justice if not the ‘warriors' #Finally."

Farhan Akhtar called out media for the 'witch hunt' act, he wrote, "Any shrill anchors apologising for the hell they put #RheaChakraborty and her family through? Didn't think so. But watch them shift the goalpost now .. they're notorious for that."

Showik Is Still In Judicial Custody

Rhea's advocate Satish Maneshinde in a statement said, "We are delighted by the order of the Bombay High Court granting bail to Rhea Chakraborty. Truth and justice have prevailed, and ultimately the submissions on facts and law have been accepted by Justice Sarang V Kotwal." While Rhea was granted bail, her bother Showik is still in judicial custody which was extended till October 20. 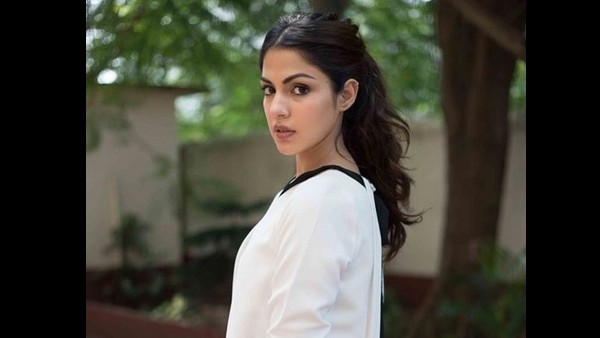 Rhea's Lawyer: Sushant's Family Is Tampering With The Investigation By Pressurizing AIIMS Doctors