In January this year, veteran actress Shabana Azmi met with a fatal accident and suffered head injuries when her car collided with a truck on Mumbai-Pune expressway. Recently, in an interview with Times of India, the senior actress opened up about her accident and said that it was a 'close shave'.

Shabana Azmi told the leading tabloid, "I had fainted. I was told it was a very close shave." The actress joked that because of the injury to the brain, she can say that she has a brain.

She further continued, "But 40 days later, I resumed work for Halo in Budapest and now I am shooting for Nikhil Advani's Moghuls. Work keeps you going and you need carry on. I received so much respect and concern from all parts of the world during that accident period and I think that's one of the main reasons I recovered."

Earlier, in an interview with Film Companion, Shabana's husband and lyricist Javed Akhtar had shared what went through his mind when his wife met with the accident.

He was quoted as saying, "Who could think we would have such a calamity. The accident that Shabana went through was really deadly. We were in the other car, she was sleeping in the car behind us and when this accident occurred and we went back, the first thought was 'Is she alive?' Because the whole car was crushed, had become a heap of junk. Somehow we took her out, she was unconscious with blood all over her face and it was only from the nose. There were no wounds but the whole body has taken such a whiplash, that it will take a little time to be totally normal." 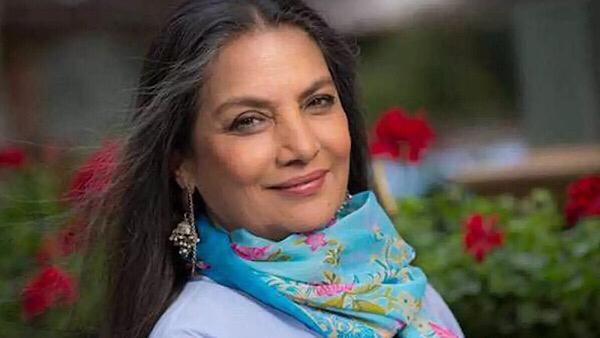 ALSO READ: Shabana Azmi On The Idea Of Masculinity: 'Why Can't It Be About Empathy And Tenderness?'

ALSO READ: Shabana Azmi Talks About Her Late Father Kaifi Azmi, Says Her Film 'Mee Raqsam' Is A Tribute To Him