Of the many qualities that the Badshah of Bollywood, Shah Rukh Khan is loved for, his humility, sense of humour and quick wit rank among the top. In a recent #AskSRK session on Twitter, the superstar was asked to respond to how he felt about his last few movies failing at the cinemas. Like always, Shah Rukh gave the promptest response laced with humour.

A netizen asked Shah Rukh Khan, "All your films are failing, how does it feel? Do respond," (sic). Instead of ignoring the question, Shah Rukh replied, "Bas aap dua mein yaad rakhna (Just keep me in your prayers)," (sic). SRK's response is winning hearts all over the internet.

From time to time, Shah Rukh holds an interactive session on Twitter where he responds to individual's questions and requests. While most of the questions and comments come from fans who wish nothing but the best for SRK, the sessions are not without trolls who pounce on the opportunity to take direct jibes at the actor. It is a pleasure to read Shah Rukh's cool and savvy comebacks to such taunts.

Shah Rukh was last seen in Anand L Rai's Zero, a film which disappointed audiences as well as critics. Co-starring Shah Rukh in it were Anushka Sharma and Katrina Kaif. Since the time, SRK has been on a sabbatical but rumours of his next film are always doing the rounds, which shows the level of anticipation his fans have in seeing him on screen again, soon.

One of the most popular questions in the #AskSRK session this time around was about his next film. When one of them asked Shah Rukh Khan to clarify the endless rumours by making an announcement, he replied, "Main hi announce karunga aur kaun karega mere bahi (Obviously, I will make the announcement. Who else?)," (sic).

According to the latest report, Shah Rukh will be seen in an action drama by Yash Raj Films, which is to be directed by War director Siddharth Anand. 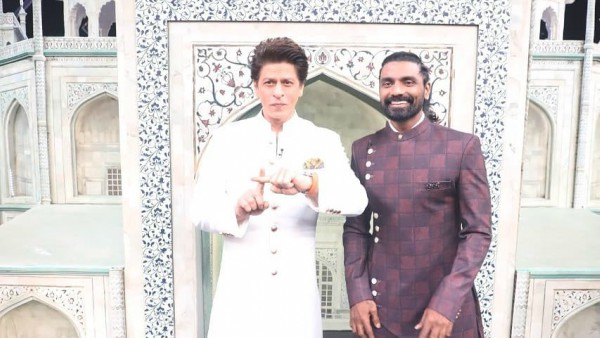