Today marks the ten year anniversary since the release of one of Bollywood's most memorable films, My Name Is Khan. The film saw the reunion of the much-loved on-screen couple, Shah Rukh Khan and Kajol. The duo were last seen together in Kabhi Khushi Kabhie Gham.

Both Shah Rukh and Kajol, and director Karan Johar took to their social media profiles, reminiscing the movie, and thanking each other for being part of the special project.

Sharing behind-the-scenes pictures from the sets of My Name Is Khan, Shah Rukh wrote on his Instagram, "Thank u @karanjohar & @kajol for making arguably the finest film of our careers. The only film I needed to see everyday pics to know if I have the expressions right! Here's some of them..."

Kajol tweeted, "Soooooo many memories. So much fun from Nysa's first Disney trip to seeing the history of San Fran up close and personal with the most amazing sunrise. It will always be one of my most fav memories! #10YearsOfMyNameIsKhan."

Soooooo many memories. So much fun from Nysa's first Disney trip to seeing the history of San Fran up close and personal with the most amazing sunrise. It will always be one of my most fav memories!#10YearsOfMyNameIsKhan@karanjohar @iamsrk @M_Contractor pic.twitter.com/uqvWQIK56Z

He showered love on SRK and continued, "Bhai @iamsrk put his all into creating Rizwan...and I will always be eternally grateful to him for just being him ....for being such a rock solid support to me through the journey of the film...love you so much Bhai!"

Karan also thanked Kajol and writer Shibani Bathija, "Love you @kajol for breathing life into Mandira and just being the fabulous and incredible artist that you are!!! And finally thank you to #shibanibathija for writing and creating the film and every character! Writing is the spine that we can give body to....thank you."

My Name Is Khan was both a commercial and critical hit. The film broke many box office records, and went on to become the highest grossing film overseas, at the time. It even bagged three wins at the 54th Filmfare Awards, for Best Director, Best Actor and Best Actress. 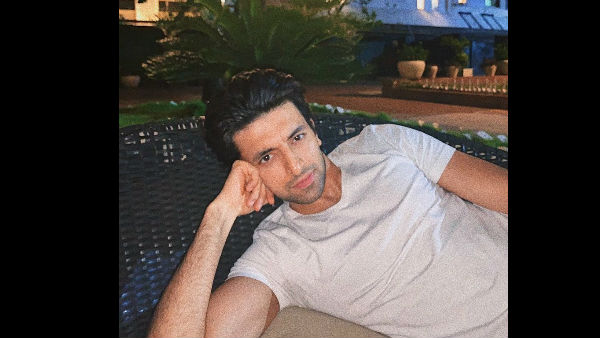 ALSO READ: 10 Years Of My Name Is Khan: SRK-Kajol's Onscreen Son Is All Grown Up & Here's How He Looks Now