Bollywood superstar Shah Rukh Khan recently mourned the demise of an old 'ally' named Abhijeet, from his production house, Red Chillies Entertainment. An emotional King Khan took to his Twitter page to express grief over the loss of his old ally.

Sharing the news of Abhijeet's death, the actor tweeted,"We all started the journey of making films with Dreamz Unlimited. Abhijeet was my most resilient & solid ally. V did some good, some wrong but always believed v will sail through because strong team members like him were there to look after the rest of us. Will miss u my friend."

The Twitter page of Red Chillies Entertainment also posted, "The loss of one of the first team members of the Red Chillies family, Abhijeet, leaves an irreplaceable void in our hearts. We will miss him and his reassuring presence around us. May his soul rest in peace. Our sincere condolences to his family and friends."

Before Red Chillies Entertainment, Shah Rukh Khan, along with his friends, actress Juhi Chawla and director-producer Aziz Mirza, founded Dreamz Unlimited in 1999. Under this production house, they bankrolled many films like Asoka and Phir Bhi Dil Hai Hindustani. Unfortunately, both the movies tanked at the box office.

In 2003, the company was transformed into Red Chillies Entertainment, and Shah Rukh's wife Gauri Khan also joined the venture. The first film produced under this banner was Farah Khan's Main Hoon Na.

"SRK kept his word. He re-branded his production company Dreamz Unlimited as Red Chillies Entertainment and Main Hoon Na was the first film of the latter. Me and Shah Rukh had a really good partnership. He was a fabulous producer. He would want to make the film bigger and he never even once questioned me about any decision," the filmmaker revealed in one of her interviews. 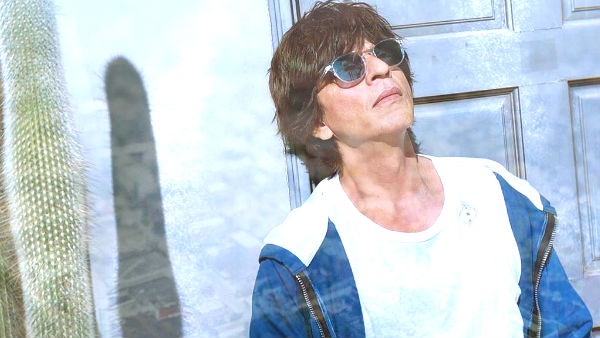 SCREAMING WITH EXCITEMENT! Did Shah Rukh Khan Just CONFIRM His Next Film With Rajkumar Hirani?