Shah Rukh Khan's recent statement at a dance reality show has won many hearts of netizens. It's known to all that the current political climate of India is anything but peaceful. Amidst all the chaos, SRK's take on his kids' religion will win your heart! Shah Rukh and his wife Gauri Khan are parents to three children, Aryan Khan, Suhana Khan and AbRam Khan.

Netizens are in the awe of SRK's heart-warming words. Watch the video here:

It's not the first time when Shah Rukh Khan has made it very clear that no particular religion is imposed inside his house and the Khans love to celebrate all the festivals. In fact, SRK and Gauri are known for hosting grand Eid and Diwali parties.

Talking about his kids and their religion to a leading daily, SRK had once said, "I gave my son and daughter names that could pass for generic (pan-India and pan-religious) ones - Aryan and Suhana. The Khan has been bequeathed by me so they can't really escape it." 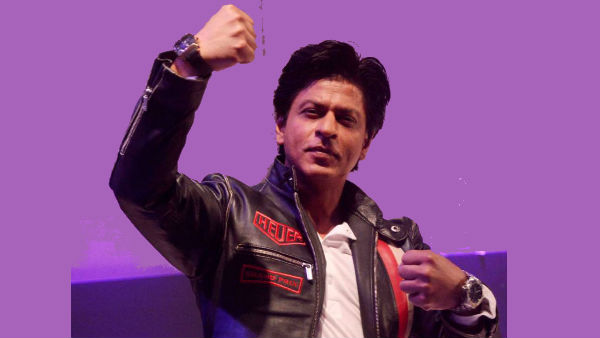 "I pronounce it with my epiglottis when asked by Muslims and throw the Aryan as evidence of their race when non-Muslims enquire. I imagine this will prevent my offspring from receiving unwarranted eviction orders or random fatwas in the future."

As far as SRK's professional life is concerned, the superstar has not made any official announcement about his next project. He was last seen in Aanand L Rai's Zero alongside Katrina Kaif and Anushka Sharma.