While the country continues to battle the Novel Coronavirus pandemic, the shooting of a few TV shows resumed on Friday (June 26, 2020), after almost three months of lockdown. Speaking about Bollywood, it looks like Shah Rukh Khan is also back to work. Recently, the Badshah of Bollywood was spotted filming on the balcony of his Mumbai residence, Mannat. 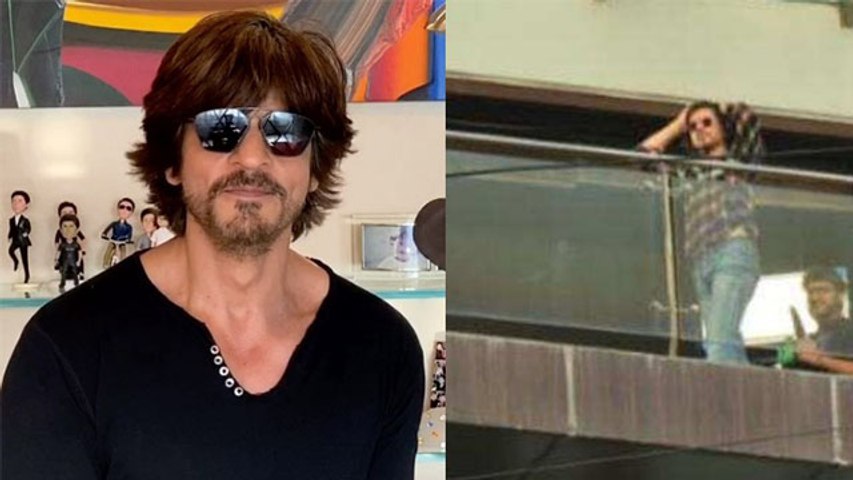 A video is going viral on the internet, in which King Khan is seen filming on the balcony of Mannat. One can also see a huge camera setup in the clipping. Have a look at it.

While Shah Rukh Khan was busy working on his balcony, the paparazzi managed to get a picture of the superstar in work mode. In the snap, the superstar is seen in a plaid black shirt, blue jeans and dark sunglasses. There is a large light and a camera set-up in front of him. Another man is seen holding a mic in the same frame. (Photo credit: Viral Bhayani)

Netizens Get Excited On Catching A Glimpse Of Their Favourite Star

Though the details of Shah Rukh Khan's recent shooting haven't surfaced on the internet yet, fans were excited to see King Khan back in action. A fan wrote, "King of bollywood wish him luck in next movie." Another comment read, "Kuch to ane wala hai."

Amid the COVID-19 lockdown, the superstar has been spending some quality time with his family. He also took part in various fund-raising concerts, live videos and public service announcement videos. Shah Rukh Khan also made sure to connect with his fans with his #AskSRK sessions on Twitter.

Shah Rukh Khan's last release was Anand L Rai's 2018 film Zero, alongside Anushka Sharma and Katrina Kaif. The film failed to create magic at the box office. King Khan is yet to officially announce his next project. However, recently, reports stated that he is all set to return back on the big screen with Rajkumar Hirani's next film. Besides this, the actor will be seen in a cameo in Ranbir Kapoor-Alia Bhatt's Brahmastra. Rumours are rife that King Khan will also be making a special appearance in R Madhavan's Rocketry: The Nambi Effect.