Even though the Indian government has been constantly requesting the citizens of India to avoid stepping out of their houses if there's no emergency, people are hardly paying any heed to the alarming situation of the country. Well, not only the general public, it seems, many B-town celebs, including Shahid Kapoor and Mira Rajput, are continuing to violate the rules.

Amidst the coronavirus scare, despite the government's notification on Friday to shut down all the gyms, swimming pools and cinema halls in Mumbai, Shahid and Mira were spotted rushing to a gym in Bandra and the duo worked out there nearly two hours.

What's even more surprising is the fact that the gym was closed the entire day but it was exclusively opened for the star couple in the evening.

When Mumbai Mirror got in touch with the gym's owner Yudhishthir Jaising, he told that Shahid is a close friend and he wasn't at the gym for a workout session.

"He has been shooting in Chandigarh and had asked me to get some equipment after he sustained an injury (tendonitis). I was showing him the right way to use the equipment. In any case, we work out and train together at each other's houses," said Jaising.

Jaising also asserted that his gym didn't violate any rule as it was shut down since Friday and the gym members had not visited the gym after they were notified that it would remain closed until further notice. "It was only Shahid, Mira and me... just friends chilling on a Sunday evening," concluded Jaising. 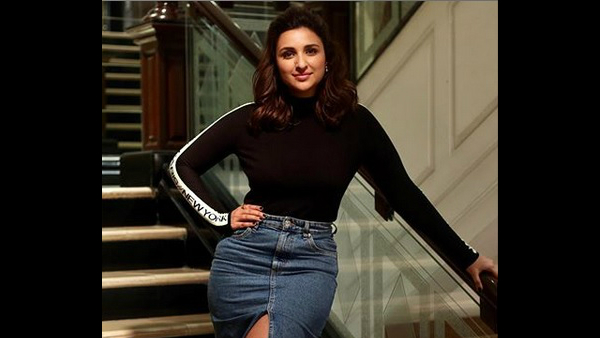 Talking abou Shahid, who was last seen in Kabir Singh, will next be seen in Jersey. The film, which is a Hindi remake of the South Indian movie of the same name, also casts Mrunal Thakur and Pankaj Tripathi in key roles.