Sonam Kapoor on Tuesday, June 9, celebrated her 35th birthday. While many actors and industry friends shared birthday wishes for the actress on social media, fans couldn't get enough of veteran actor-turned-politician Shatrughan Sinha's tweet for the birthday girl.

Shatrughan Sinha took to his Twitter account on Tuesday to wish Sonam on her birthday. The actor in a now-deleted tweet had written, "Birthday wishes to dear Sonam @sonamakapoor" He had also shared a picture along with the tweet, which unfortunately did not feature Sonam herself. The picture rather featured Sinha himself, Anil Kapoor, Jackie Shroff, his wife and more.

Sonam Kapoor has also replied to the post and wrote, "Thanks so so much shatru uncle."

The tweet stayed on the platform for a while, but soon netizens began to point out the blunder and several Twitter users even mocked him for the post. While some claimed Sonam Kapoor is actually wearing the Mr India watch in the picture, others photoshopped the actress in the original picture.

Sonam Is The New Mr India

Another fan proved she is wearing the fictional watch, @Shahrcasm wrote, "Now We Know Why Sonam Wasn't Visible. Look At Her Hand. Is That Mr. India's Band"

While another Twitter user said she will be seen in the sequel, "So this confirms that Sonam Kapoor will be the protagonist in the sequel of Mr. India"

Meanwhile, Sonam had returned to Mumbai to celebrate her birthday with family after staying in Delhi during the lockdown. The actress shared glimpses of her birthday celebration on her Instagram profile. The pictures show her surrounded by balloons and flowers. In other pictures, Sonam can also be seen blowing out the candle and cutting one of the birthday cakes.

On the work front, Sonam Kapoor was last seen in The Zoya Factor (2019) and hasn't announced any projects yet. 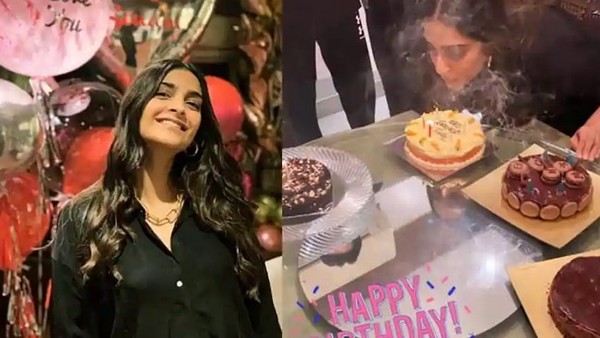