One of Bollywood's adorable couples Shilpa Shetty and Raj Kundra, completed eleven years of marital bliss on Sunday (November 23, 2020). The duo celebrated their special day with an intimate celebration. Shilpa and Raj later took to their respective Instagram story to give fans a peek into how they rang in the occasion.

Shilpa shared a picture in which she and Raj are seen sharing an adorable moment, while their wedding anniversary cake dominates the frame. The three-layered chocolate cake topped with crunchy chocolate chips and nuts looks every bit yummy!

Such a picture-perfect moment naa!

Earlier, Shilpa took to her Instagram page to pen a loved up note for her hubby Raj Kundra on their wedding anniversary. She wrote, "No filter LOVE ❤️ The REAL DEAL 🧿 As we complete 11 years today, I still have eyes only for you😍 (and on you 😂) Somethings never change😂😜😘 What was... STILL IS! Whoa! 11 years and not counting! 👨‍👩‍👧‍👦 Happy Anniversary, my Cookie, @rajkundra9 ❤️💥🎉🤗🧿😇."

Raj Kundra Too Showered His Wife With Love

He shared an adorable animated video for Shilpa and captioned it as, "I love you and I will always love you, Shilpa Shetty, till I die and if there is life after that I will continue to love you. Happy Anniversary my darling. #11years #Anniversary #Eternal #loveyou."

Speaking about films, Shilpa Shetty is all set to make her Bollywood comeback after 13 years with Abhimanyu Dassani-Shirley Setia's Nikamma. She is also a part of Priyadarshans's Hungama 2 alongside Paresh Rawal, Meezaan Jaffery and Pranitha Subhash. 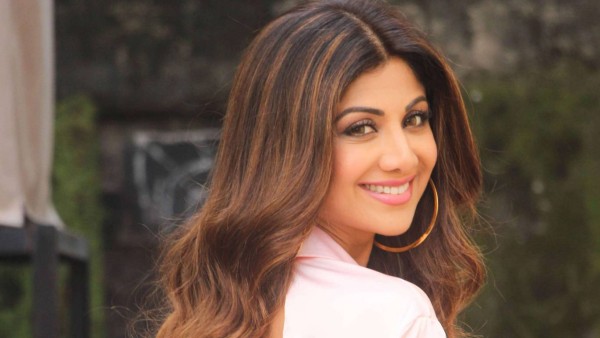 ALSO READ: Shilpa Shetty On Being Typecast As Glamorous In The 90s: 'Dhadkan' Became The Game-Changer