Shilpa Shirodkar made her Bollywood debut with Ramesh Sippy's film Bhrashtachar in 1989 and went on to work with popular leading men like Amitabh Bachchan, Govinda, Mithun Chakraborty among others. Some of her hit films include Aankhen, Khuda Gawah and Gopi Kishan.

In a recent interview with ETimes, Shilpa Shirodkar opened up about how she made her own mark in the entertainment industry despite being considered 'jinxed' by the film industry.

Shilpa Shirodkar Says Everyone In The Industry Had Named Her Jinxed

Shilpa told ETimes that she was to make her debut in Bollywood with a film alongside Rajesh Khanna, Tina Munim, Jaya Prada, Sumeet Saigal and Mr Sushil Kumar Shinde. The actress was quoted as saying, "It was absolutely like a dream come true, but as we all know, everything doesn't always turn out the way we want to. The film didn't take off."

Shilpa returned to her studies only to come back for a tentative Bollywood launch opposite Sanjay Kapoor. Unfortunately, that film too, never got made. "By this time everyone in the industry had named me ‘Jinxed'. But Rikkuji didn't give up on me. He started showing my pictures to everyone in the industry and I bagged Bhrashtachar and my journey in Bollywood began," the actress was quoted as saying.

'Mithun Da Was Instrumental In My Jinxed Tag To Be Wiped Out,' Says Shilpa

The leading portal quoted Shilpa as saying, "Mithun Da (Mithun Chakraborty) helped me a lot, he was instrumental in my jinxed tag to be wiped out. So yes, I didn't come with all the frills and fancies but I made it. Honestly, for me, all my films are very dear to me. But yes, there are a few films which if released would have made a big, big difference in my career. Kalinga which was directed by Dilip Saab, Singer opposite Ajay Devgn which was directed by Sunil Agnihotri, Ladies Only which was produced by Kamal Haasan were a few films."

Shilpa Shirodkar On Her Struggles In Bollywood

Shilpa said, "My grandmother Meenakshi Shirodkar was the 1st lady in 1936 to wear a swimming costume in Indian cinema, and we are extremely proud of her. But many may know that my grandmother was already married and my grandfather supported her throughout her life. But honestly, her status in the industry did not help me get work, I had to face my struggles, but again she did always tell me two things, never give up and nothing is permanent and today I passed that knowledge to my daughter."

"My daughter knows her mother was an actor, she may have seen a few of my films but she's not a fan of them. Film making has changed with time, she's a today's generation kid so she can't relate to the films made at that time, but she's extremely proud of me and my work, she saw me working on television and she knows the hard work that goes into it," the actress was quoted as saying.

Shilpa Shirodkar further told ETimes that she has no regrets about her career. "God has been extremely kind to me and my family and I am ever so grateful for everything in my life," the Aankhen said. 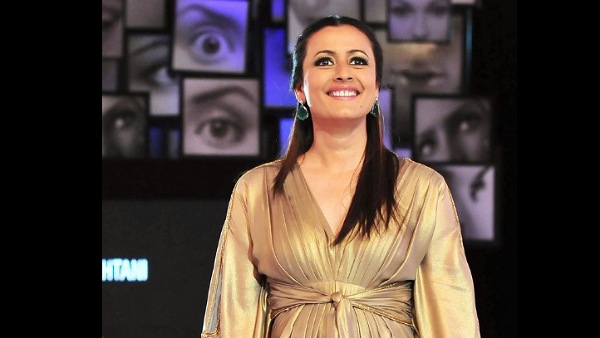