Yesterday, Shoojit Sircar's Gulabo Sitabo witnessed a digital release on Amazon Prime Video and Twitter was flooded with audiences' reviews. While some adored the camaraderie of Amitabh Bachchan and Ayushmann Khurrana, some found the film, a bit draggy. Amidst all the reviews and response, theatre owners are still upset with the film's digital release and they found the decision unfair.

In the latest interview with Forbes India, director Shoojit Sircar reacted to their complaints and said, "I understand their point of view, but I will tell them they should understand my point of view as well. The situation is such..."

He further added, "I make one film at a time and a lot of people in my production house are dependent on me. We do whatever is best for the film. There is nothing beyond the film... the film dictates everything. I told them there is nothing personal in this. If we were not under a lockdown in April, the film would have released in theatres."

In the same interview, Sircar also shared the brighter side of releasing the film, digitally, and said that they didn't have to promote the film madly. 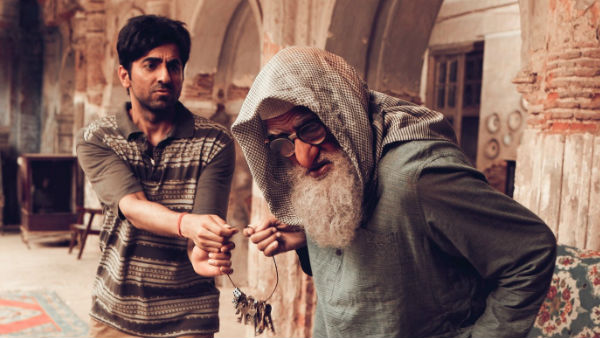 He said, "I hate promotions. I am happy if there are less promotions... it's a tiresome process for me. At this moment there is a lockdown, so any release would have been the same. But I think it's the same... nothing changes."

The director also expressed his gratitude towards Mr Bachchan for giving his nod to the film and praised the Megastar for his unmatchable acting chops!