Shraddha Kapoor opened up on receiving an opportunity to work with Salman Khan when she was just 15 or 16 years old. But the actress did not take it up as she wanted to finish schooling and attend college.

Talking about why she refused an offer she received to star opposite Salman in a movie, Shraddha was quoted by Hindustan Times as saying, "However, I felt that at the age of 15 or 16, I was too young and wanted to finish schooling and attend college. I don't think getting offers back then has defined my success. But it was difficult to turn it down and focus on studies because it was such a fantastic opportunity to work with Salman Khan."

Shraddha made her big Bollywood debut with Teen Patti when she was 23, starring alongside Amitabh Bachchan, Ben Kingsley, R. Madhavan, Raima Sen and others.

Shraddha is having a fantastic streak in her career right now with a number of back to back successes. Her last four films, Saaho, Chhichhore, Street Dancer 3D and Baaghi 3 have all been hits at the box office.

In Street Dancer 3D Shraddha stars opposite Varun Dhawan. The film is the third installment to Remo D'Souza's dance film franchise. In Baaghi 3, an action film directed by Ahmed Khan, she stars opposite Tiger Shroff.

Salman Khan, on the other hand, is busy filming his upcoming film Radhe: Your Most Wanted Bhai. The film will co-star Disha Patani, Jackie Shroff and others. The film is scheduled for release on Eid this year. 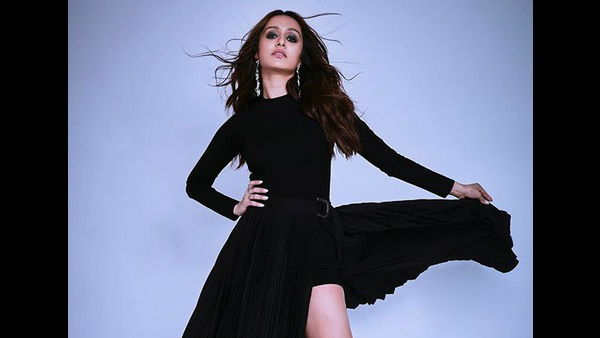 ALSO READ: Shraddha Kapoor Birthday Special: These Pictures Prove That Her Instagram Game Is On Point!