Shruti Haasan shared a throwback picture from her childhood, in which she is singing for the veteran Bollywood singer Asha Bhosle. Shruti recounted that she was very nervous during her performance, and shared that it is a beautiful memory for her now.

Reposting the picture which was actually shared by one of her fanclubs, Shruti wrote, "I even remember this day and being so so nervous to sing in front of the legend herself ! Such a beautiful memory - Thankyou so much for sharing," (sic).

#Repost @shrutzlovez with @get_repost ・・・ Just a picture of @shrutzhaasan singing in her uniform I LOVE THIS PICTURE 🖤 I even remember this day and being so so nervous to sing in front of the legend herself ! Such a beautiful memory - Thankyou so much for sharing 🙏🏼❤️ @asha.bhosle

Shruti is not only an actress but also a singer, who made her playback debut with the Tamil film Thevar Magan, which starred her father Kamal Haasan in the lead. She was just six when she sang for the National Award winning film. Hey Ram, Chachi 420, Luck, and D-Day are some of the other films for which she has sang.

In a 2018 interview with Times of India, Shruti shared that it was her parents Kamal Haasan and Sarika who motivated her to develop her singing talent. She said that her father is a great singer too, and would often sing her favourite song with her. Her mother encouraged her to be disciplined with her practice, and was keen on her learning Hindustani music.

In terms of work, Shruti was last seen in the Hindi short film titled Devi, which co-starred Kajol, Neha Dhupia, Mukta Barve, Sandhya Mhatre, Neena Kulkarni, Rama Joshi, Shivani Raghuvanshi and Yashaswini Dayama. The film is a hard hitting story about nine women who are abuse victims, forming a sisterhood as they share their abuse stories. 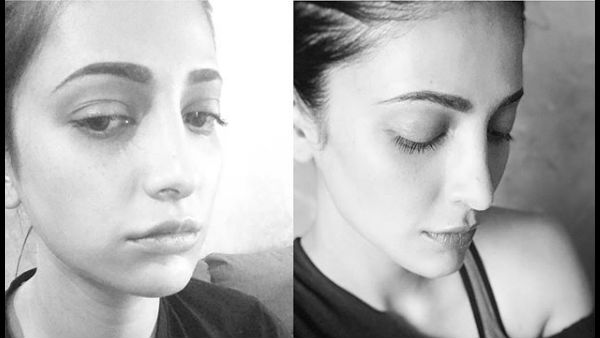 ALSO READ: Shruti Haasan: My Surname And My Resting B**** Face Kept People At Arm's Length