As sad as it sounds but the latest release of Ayushmann Khurrana, Shubh Mangal Zyada Saavdhan has already been leaked on the pirated site for the free download. Shubh Mangal Zyada Saavdhan is about the love story of two men, played by Ayushmann and Jitendra Kumar aka Jeetu. When the trailer of the film was dropped on You Tube, it had created a tremendous buzz among the netizens. Fans had not only lauded Ayushmann for doing yet another 'different' film but also loved the right dosage of humour in the trailer.

Now that the entire movie has been leaked on the notorious site, Tamilrockers, we have to wait and watch if it would hamper the box office collection of the Ayushmann and Jitendra starrer.

On a related note, Ayushmann in his recent interaction with a media portal had talked about the film and had revealed what made him sign Shubh Mangal Jyada Saavdhan.

He had said, "The idea is to give something new to people. I grasp a film as an audience, and not as a star. I don't think like a star, what will be my entry point or this will be my punchline. That is a very myopic way of looking." 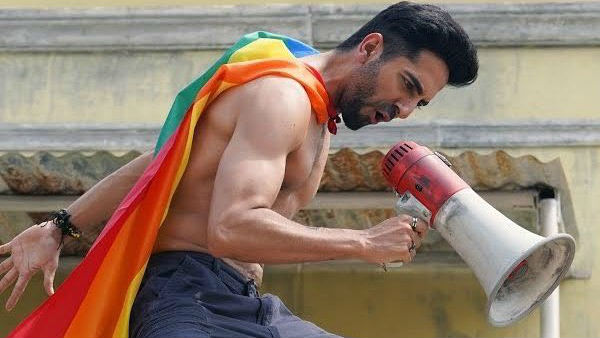 "I will always love to do a film, which I would love to watch. Many actors feel that public will like it so let me do it. But we must ourselves become the audience first, and then you can decide. This film is relevant enough. We are ready for it," had added Ayushmann.

Meanwhile, the live audience reaction of the film is positive and we can expect yet another hit from Mr Khurrana.