In her tete-a-tete with a leading daily, singer Monali Thakur said that she has been married for three years and successfully hid her marital status from all of her friends. She tied the knot with her Switzerland-based boyfriend Maik Richter in 2017.

She told TOI, "I haven't made it official anywhere on social media yet, but people had already guessed it. A couple of times when my ring was mistakenly visible in my Instagram photos, a lot of people commented asking if it was my wedding ring. That said, Maik and I have successfully been able to hide our marriage for three years!"

Monali also revealed the reason behind hiding her wedding from everyone and said that she didn't have conventional wedding and that's why she was waiting for an appropriate time to get married publicly.

She further added, "The news of my marriage will come as a shock to many as none of my industry friends were aware or invited. We kept delaying the ceremony and announcement and three years just passed by. Mujhe pata hai bahot gali padne wali hai logon se, but I think when we have our wedding ceremony and invite people for the celebrations, they won't be upset anymore." 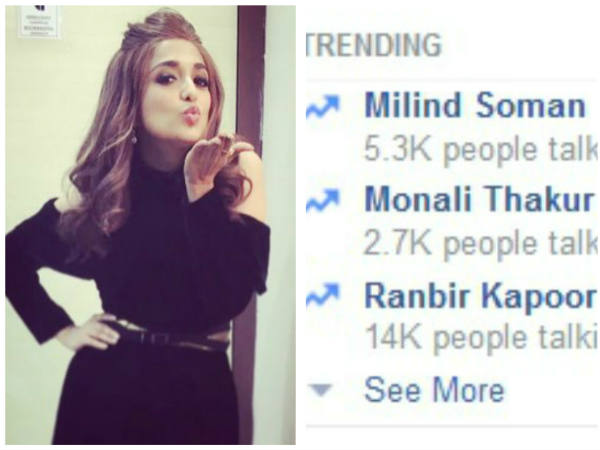 Monali Thakur's Befitting Reply To A Hater Who Trolled Her For Wearing Short Dresses On Rising Star!

While spilling the beans about her love story, the 'Sawaar loon' singer said, "I met Maik during my trip to Switzerland and we clicked instantly. Not just him, I made a connection with his family, too. Maik proposed to me at the exact spot where we had met for the first time, under a tree, on a freezing Christmas Eve 2016. My reply was an instant yes."