Singer Sona Mohapatra called out Kangana Ranaut in her recent tweet and slammed her for playing a messiah using actor Sushant Singh Rajput's death, who breathed his last on June 14, 2020. Sona tweeted, "Calling others Gold digger, mafia bimbo, Sasti copy, Soft p*rn star?? Playing the messiah of the masses by using a tragic death is the worst act of opportunism. Doesn't make you the pillar of virtue, justice or the flagbearer of "Hindu Cultural values". Highlights the worst side."

For the unversed, ever since Sushant breathed his last, Kangana Ranaut has attacked many celebrities, including Karan Johar, Alia Bhatt, Ananya Panday, Ranbir Kapoor, Kareena Kapoor Khan, Taapsee Pannu, Swara Bhasker, Deepika Padukone, Ayushmann Khurrana, Anurag Kashyap, Sonam Kapoor, Jaya Bachchan and Urmila Matondkar. While some were attacked over the nepotism debate, others were criticised by Kangana for staying mum on Sushant's death.

Meanwhile, Sona's tweet earned flak from the netizens as they refused to agree with the singer.

A user wrote, "We may also tell that you are grabbing attention now by saying all these because you were never successful in Bollywood. All of you are just same. If you have talent and Bollywood is not that bad then why no body knows u as a singer like Neha Kakkar." 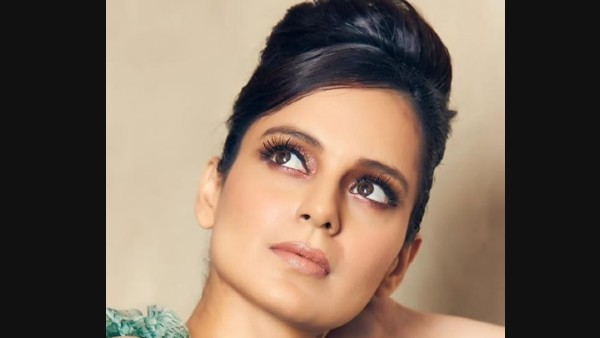 Kangana Ranaut Claims She Never Starts A Fight; 'I Will Quit Twitter If Anyone Can Prove Otherwise'

"Where was Madam when she was called Haramkhor and her her office was demolishes which she made with her hard earned money? What about thode who lost their job after demolish of Kangna office? Have u consumed fevicol that time?" asked another user while criticising Sona's tweet against the Queen actress.

"#KanganaRanaut is opportunist better than those who even after success follow the misogynistic culture of Bollywood. Her slurs, if u look beyond, are not as dangerous as the diplomatic silence and actions. Her sister's scars and her broken office is proof what is real dangerous," wrote a netizen while coming out in support of Kangana.