Actress Sonali Bendre, who is a doting mother, opened up about her son, Ranveer Behl, during an episode of the JioSaavn podcast Raising Parents and said that she is not her child's friend and doesn't think she needs to be.

She said, "I am his parent and why can't I be a friendly parent and have a great time together. There are certain things he will speak with his father, with his aunts, with his friends, with his grandparents, there needs to be an outlet for healthy relationships."

She further added, "I tell my kid 'you know technology more than I do, but however grown-up you might be, your brain is not fully formed and might not be able to process the emotional part of it', and that's where parents come in. It's an investment in communication and it always pays off." 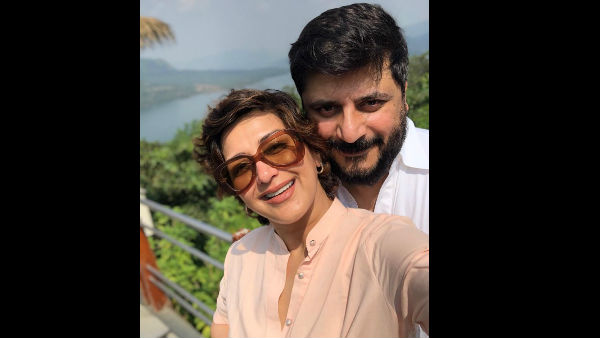 Goldie Behl Talks About Sonali Bendre's Illness: It Was A Life Altering Situation For All Of Us

"Only reason why you don't want to be completely truthful is because when they are young they will analyse it and comprehend it in a manner and you don't want it to be 'so big' that the child will be scarred. So to make it a bit lighter you give them a version of truth," said Sonali.

Sonali Bendre leaves no stone unturned to set the right example as a parent and we totally love her for that!