Producer Bhushan Kumar has confirmed that even though he is keen to make sequels of popular hits including Sonu Ke Titu Ki Sweety, De De Pyaar De, Aashiqui and Dil Hai Ke Manta Nahi, the script of any sequel is not ready yet.

"There are some films we have made that I think would have the same entertainment value and interest by the audiences like the first part. If given a chance I would like to definitely make few of our productions into a franchise like 'Sonu Ke Titu Ki Sweety', 'Aashiqui', 'Dil Hai Ke Manta Nahi' and 'De De Pyaar De'. But none of them are at the stage of going on floors with scripts ready. Once we have a good script we will announce," Bhushan told a media agency.

Earlier, before the nationwide lockdown was implemented, Bhushan Kumar had several films in production, including Bhool Bhulaiyaa 2, Bhuj: The Pride of India and Satyameva Jayate 2. However, owing to the Novel Coronavirus pandemic, all the films had to be put on hold.

"The said reason due to which we had to shut down is genuine and it is important we all abide by the rules that will help us to take care of ourselves and fellow industry members. The films had to be put on hold to ensure safety and health of everyone on sets. A lot of films by different producers had to be put on hold, but we are jointly figuring out how to overcome this fight," said the Malang producer.

Bhushan Kumar also said that he is waiting for the green-signal from the government so that the shooting of his films can be resumed. However, everyone's safety is his priority and he won't take any risk regarding the same. 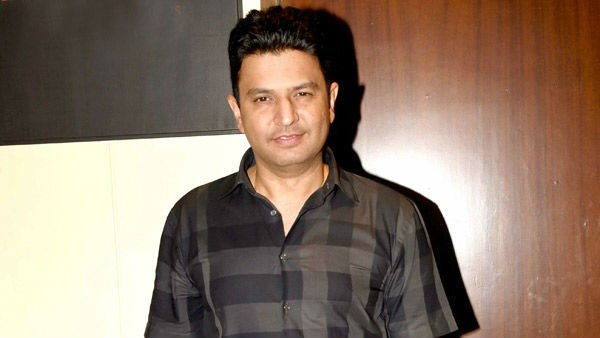 "We have definitely a lot to cover up but we will surely wait for the authorities to let us start shooting when it is all safe to get people on the sets. We will adhere to the rules and regulations the authorities lay out. Health and safety comes first. We all need to fight this virus together," concluded Kumar.