Sonu Sood hit the headlines when he walked out of Kangana Ranaut starrer Manikarnika: The Queen Of Jhansi after shooting for the film. He was later replaced by Mohammed Zeeshan Ayub in the film. In an interview with Barkha Dutt's Mojo Story, the Simmba actor has now opened up about why he exited Manikarnika after Kangana took over the reins as the film's director.

Sonu Sood Says He Does Not Want To Hurt Kangana's Sentiments

Sonu told Barkha Dutt, "Kangana is a friend of mine from many years, and I don't want to hurt her sentiments. But to talk about it, I will say that when we had shot for major portions of Manikarnika, I asked my director that we need to start shooting again and he said that he received an email saying that he is not going to be a part of the project anymore."

Sonu revealed, "She (Kangana) said that she wants to direct the film and wants me to support her. I said okay but we need to get him back on the set because he has worked really hard for the film but she denied saying that she wanted to continue directing. Then I asked her to send across rushes from the film and I saw that 80% of my scenes were chopped off and the scenes that I was narrated were not there."

He further continued, "I spoke to Kangana again and she confessed as a friend that she wanted this to be shot in a certain way. So I told her that she is a great friend of mine but I'm not comfortable in shooting what she is asking me to do, I said an okay to the previous script and director but I would like to walk out of this project and I won't even speak about it. I had given the film four months and had left a few projects. I felt a lot of grief, but didn't say anything."

Kangana had earlier alleged that Sonu exited Manikarnika because he was not ready to work with a female director. Back then, Sonu had denied her claims and said that his problem was he cannot be working with two directors on one set. Later, post the film's release, Kangana had even accused Sonu of trying to malign her project.

She was quoted as saying in an interview, "Sonu Sood is not allowed to talk about the project. He should not be speaking about the film as his contract was terminated. He doesn't hold any sort of participation in the film. Why is he maligning the film? So, these people have deep rooted agendas. The worst is that they are claiming to be a part of the film. It is shocking how people can exploit the situation. However, it is a time to celebrate for us as the film has crossed Rs 100 crore worldwide." 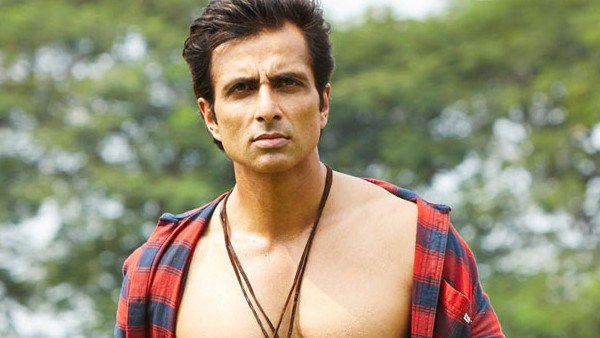 ALSO READ: Sonu Sood Says He Was Removed From Many Of His Film's Posters In The Initial Days Of His Career