Actress Kangana Ranaut has been making the headlines for her recent remarks on Mumbai and Mumbai police. On her Twitter account, Kangana went on to claim that she feels unsafe in Mumbai and then compared the city to Pakistan Occupied Kashmir. Kangana in her tweets also alleged that Shiv Sena member Sanjay Raut threatened her to not return to Mumbai.

Kangana's comments, however, did not sit well with many Mumbaikars including Bollywood celebrities. Many shared their support for the city and praised the city of dreams. Actress Dia Mirza tweeted, "Mumbai meri Jaan lived and worked here for almost twenty years. Moved here to live on my own at age 19. This city embraced me with open arms and kept me safe. A cosmopolitan, inclusive, diverse, beautiful city."

Sonu Sood, who emerged as a hero amid the pandemic, also praised the city and wrote in Hindi, "मुंबई .. यह शहर तक़दीरें बदलता है। सलाम करोगे तो सलामी मिलेगी। (Mumbai .. This city changes destiny. If you show respect and salute, you will get the same respect in return)."

Filmmaker Hansal Mehta who worked with Kangana in 2017 for Simran, called out the actress and wrote on Twitter, "You know what's special about my city Bombay/Mumbai? You could spew venom on it but it will still welcome you with open arms. Learn magnanimity from this city. " Meanwhile, Anubhav Sinha simply wrote, "I (heart emoji) Mumbai."

Richa Chadha shared a clip from Gonvida's song about the city and wrote, "Mumbai is truly cosmopolitan in SO many ways....grew up in Delhi and I can't explain how much safer this city feels as a woman. It's the commercial AND entertainment capital. And it has a large heart ... large enough to occasionally forgive ingrates. मला मुंबई खूपच आवडते!"

Actress Renuka Shahane also called out Kanaga for slamming the city that made her fulfil her dream. She wrote, "Dear @KanganaTeam Mumbai is the city where your dream of becoming a Bollywood star has been fulfilled, one would expect you to have some respect for this wonderful city. It's appalling how you compared Mumbai with POK! उचलली जीभ आणि लावली टाळ्याला "

According to reports, Maharashtra government is also unhappy with Kangana's comments and could seek a public apology. A report in Ethical editor says, a source told Bollywood Hungama, "Maharashtra government will ask Kangana for an apology. More likely a show cause notice will be sent to the actress on behalf of the Maharashtra Police. No matter which way we look at it, this time Kangana Ranaut has crossed the (POK) line." 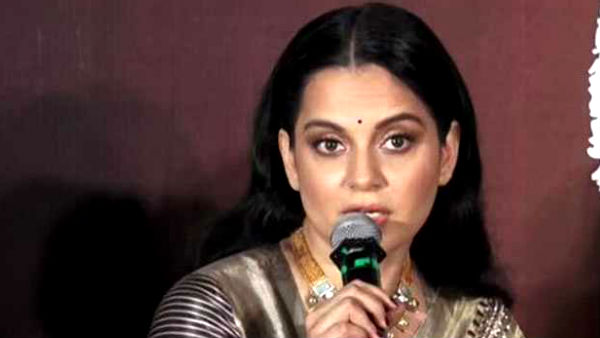 Kangana Ranaut To Travel To Mumbai On September 9, Challenges Haters To Stop Her If They've The Guts 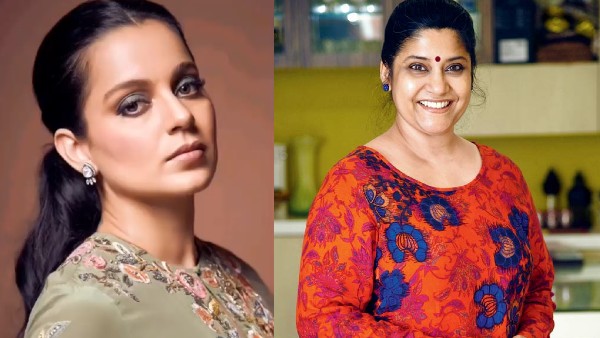 Kangana Ranaut On Renuka Shahane Slamming Her Comment On Mumbai: Expected Better From You