Priyanka Chopra Jonas shares a loving relationship with her two sisters-in-law, Sophie Jonas, and Danielle Jonas. Sophie was recently all praise for Priyanka, calling her the 'biggest thing' in India. She also shared how she was overwhelmed when the Jonas family was treated like royalty during Priyanka and Nick's wedding in India.

Speaking to Elle US about the friendships she holds with her sister-in-law, Sophie said, "With Pri, especially, it's kind of crazy. You have to remind yourself that she's basically had a 20-year career in Bollywood already. She's like the biggest thing in India right now," she said.

Talking about how Priyanka has a huge fan following in India, she said, "When we went there for her and Nick's wedding, we were treated like royalty. They worship her over there." Priyanka and Nick tied the knot in an extravagant three-day wedding at Jodhpur's Umaid Bhawan Palace in December 2018.

Sophie continued, "It's kinda crazy. But she's just the nicest person, and they live, like, 10 minutes away. And even though Kevin and Danielle live in New Jersey, we see them all the time. It's like we're all one big family, because the boys are best friends."

The Jonas Sisters, as Priyanka, Sophie and Danielle are fondly called, have featured in two of Jonas Brothers' songs, 'What A Man Gotta Do' and 'Sucker'. The three are often spotted cheering for their hubbies during their concert tours. 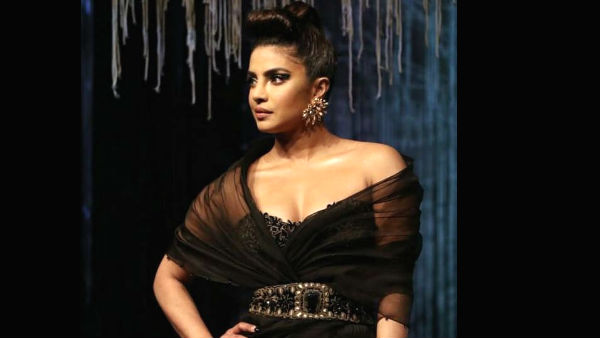