We all remember how horribly Sunny Leone was treated when she had given an interview to CNN News18 Executive Editor Bhupendra Chaubey in 2016 and she was interrogated and insulted on a national television like a criminal. Nonetheless, Sunny had answered all the questions with much grace and won millions of hearts with her patience, honesty and poise.

In her recent interview with an entertainment portal, Sunny Leone revealed how bad she had felt post giving that interview to Bhupendra Chaubey.

She said, "I was extremely uncomfortable the whole time. There was a plastered smile, my fingers were like this. I kept thinking he's going to stop now and this will be the last weird question. I just sat through it all because I didn't want anyone else to get the best out of me. If I let him get the best of who I'm, I lose. It's not like I haven't been asked these questions in my life before. But the way he was speaking like I was beneath him. That's what was weird." 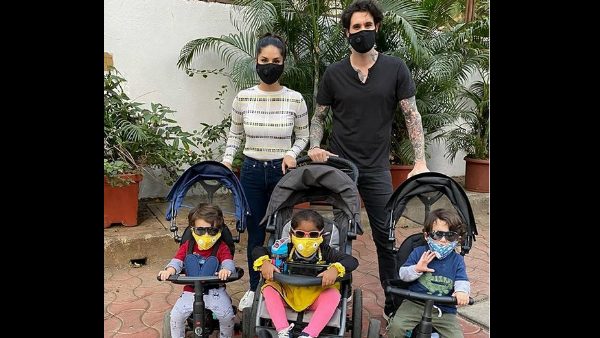 Coronavirus: Sunny Leone & Family Wear Masks; Actress Says 'Sad That My Kids Have To Live Like This'

She further added, "What hurt the most was no one ever stopped it. I never felt so alone in that one moment. Nobody from the production or anyone else could tell him that this is out of line. I asked everyone after that, 'Was I not nice enough to me that you felt that I deserved to go through this?' I broke down after but we went to the US and I shut myself off from social media even there."

When Sunny Leone was insulted on national television in that interview, many B-town celebs including superstar Aamir Khan had reached out to the actress and stood by her.