Sushant Singh Rajput's lawyer Vikas Singh questioned Siddharth Pithani's action to bring down the actor's body that was found hanging in his Mumbai residence, when his sister Meetu was only 10 minutes away.

"Why didn't they want any independent person to see how the body was hanging?'' Vikas Singh questioned. On the possibility of Pithani and others being conspirators in the case, Singh said, "It will happen when the investigation happens. Abhi tak toh investigation hi shuru nahi hua hain.'' (The investigation hasn't begun yet.)

It may be noted that Sushant's house help Neeraj had said that it was Siddharth Pithani who had ripped the (green) cloth that was tied around Sushant's neck, after which the body fell on the bed and minutes later his sister arrived followed by the Bandra Police.

It has been reported that Sushant's father Krishna Kishore Singh was his legal nominee and that's the reason Rhea Chakraborty had blocked him from talking to his son. To which, Singh said, "The consequences of the death he will suffer at Patna, and that is the main point as far as the jurisdiction of Patna is concerned.''

When asked the reason for Sushant's father wanting the case to be transferred to Bihar, as he feared his son will not get justice, Vikas Singh clarified, "I didn't want a transfer. I wanted a case registered in Patna. Now the case has been transferred to the CBI (Central Bureau of Investigation) and we agreed for CBI because Mumbai police were obstructing the Patna police from investigating the matter."

When informed that Sushant Singh Rajput's manager Shruti Modi has told the Enforcement Directorate (ED) that Rhea Chakraborty used to take all the decisions, including financial ones, on Sushant's behalf, the lawyer said, "Absolutely true.'' He, however, refused to comment on Shruti being sacked by Rhea in February 2020.

In the meanwhile, the Supreme Court (SC) has reserved its verdict in the transfer of the case to Mumbai and asked all the four parties, including Rhea Chakraborty, Maharashtra government, Bihar government, and Sushant Singh Rajput's father KK Singh to file additional papers in the case. 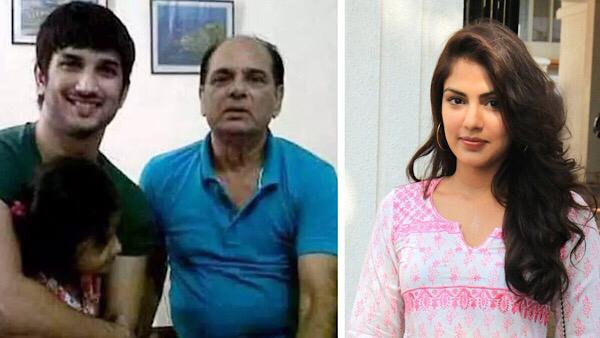