Rhea Chakraborty's lawyer Satish Maneshinde recently told India Today that Sushant Singh Rajput's sister Priyanka had allegedly asked the late actor to take some medicines without prescription. He further claimed that Sushant asked Rhea to leave the house on June 8 after the couple had an argument over this.

Maneshinde had said that Sushant's sister Priyanka had recommended three anti-anxiety medicines to Sushant on June 8, and this was the reason why Rhea left his house. Sushant's family lawyer Vikas Singh has now reacted to these claims while speaking to Indian Express.

Sushant's family lawyer told Indian Express, "This does not contradict our story in any manner. The family did not know he was having any psychiatric problems."

Sushant's Sister Got Prescription From Delhi Due To Lockdown

He further added, "Yes, he had informed the family about anxiety and his sister was doing some self-medication. Since there was a lockdown, she got a prescription from Delhi."

According to the chats between Sushant and Priyanka which surfaced in the media, on June 8, the latter had asked the actor to take one drug for a week and then start another. Priyanka had also asked Sushant to keep a particular drug "handy whenever there is an anxiety attack". When Sushant told her that he won't get these medicines without a prescription, Priyanka had written back to him, "My friend here is a well-renowned doctor who can get you connected to the best doctor in Mumbai all confidential... so don't worry."

She had later sent him a prescription, and said it should not matter if it is from Delhi, "If anything, one can say it is on online consultation," Priyanka had written in her message to Sushant. The prescription, dated June 8, was given by cardiologist Dr Tarun Kumar of Ram Manohar Lohia Hospital in Delhi.

In his FIR registered in Bihar, Sushant's father KK Singh alleged that Rhea Chakraborty entered his son's life to further her career and first forced him to leave his house saying "it was haunted". He claimed that this impacted his son's mental health. He further alleged in his FIR that he suspected that all the doctors Rhea took Sushant to, were involved in the conspiracy.

Post Sushant's demise, KK Singh had told the Mumbai Police that his son would often feel low, but he was not aware if he was depressed. 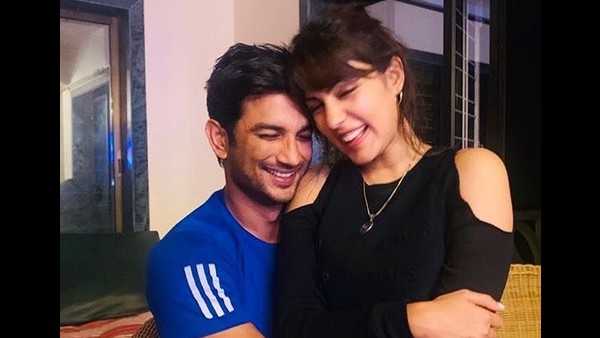