The Enforcement Directorate (ED) which made one of the biggest revelations in Sushant Singh Rajput's death case, first registered the money laundering case against Rhea Chakraborty and her family on July 31, based on the FIR filed by Bihar Police on the complaint by Sushant's father KK Singh. Reports suggest that ED will soon register a new case based on findings of the Narcotics Control Bureau (NCB).

The NCB arrested the late actor's girlfriend Rhea Chakraborty on Tuesday (September 8) on drug procuring charges. Earlier, ED had filed a complaint that alleged Rs 15 crore was withdrawn from the account of the late actor to other bank accounts, of which the family has no connection. According to a report in Times Of India, a top ED official said that the agency will be looking at all the angles and possibly register a fresh case of money laundering.

The official said, "Earlier we registered a case on the basis of Singh's complaint, which dealt with the money laundering in relation to Sushant's bank account. While the new case will be based on the findings of the NCB, as it has made several arrests." The officials will also work on the money trail generated through drug sales, purchase and trafficking

The report further quoted an official as saying, "We will take the copy of the investigation of the NCB and then study that. After studying the documents, we will decide to register a fresh case." In the initial money laundering case, ED had recorded the statements of Rhea, Showik, Indrajit, Sushant's ex-manager Shruti Modi, Sushant's flatmate Siddharth Pithani, Samuel Miranda, Sushant's father KK Singh, and sisters Priyanka Singh and Meetu Singh.

Rhea's Plea For Bail Was Rejected On September 11

The NCB has also arrested Showik Chakraborty, Samuel Miranda, and Dipesh Sawant on the charges of procuring drugs. A Mumbai court has sent Rhea to judicial custody till September 22, as her new plea for bail was rejected on September 11.

Sushant's Case: Rhea Chakraborty, Her Brother Showik And Others' Bail Plea Gets Rejected 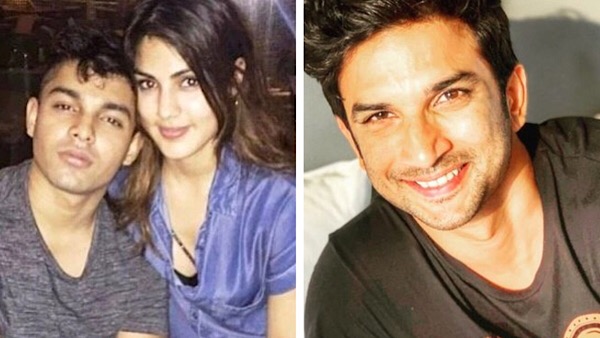