In a new development in actor Sushant Singh Rajput's death case, the Narcotics Control Bureau (NCB) has arrested actress Rhea Chakraborty on Tuesday (September 8, 2020), after three days of interrogation in connection with the drug case linked to Sushant's death. The actress has been arrested under section 8 (c), 20 (b), 27 (a), 28 and 29 of NDPS Act.

As per a report in Republic TV, Rhea will undergo a medical test at 4pm today.

Reacting to the news of Rhea's arrest, Bihar DGP Gupteshwar Pandey told ANI, "Rhea Chakraborty is totally exposed in the sense that she had connection with drug peddlers. This has been established, that is why she has been arrested. NCB must have found evidence against her."

For the unversed, actor Sushant Singh Rajput was found dead in his Bandra apartment on June 14, 2020. While the Mumbai police confirmed his death by suicide, the case took a shocking turn when Sushant's father KK Singh registered an FIR in Patna, against Rhea Chakraborty and her family members. The FIR named Rhea Chakraborty, her parents, brother Showik, Sushant's former manager Shruti Modi and Samuel Miranda, along with others.

Sushant's father accused Rhea of mentally harassing his son, siphoning his funds and driving him to take this drastic step. Following KK Singh's FIR, the Directorate Enforcement (ED) filed a money laundering case in connection with Sushant's death case, and began their investigations.

Amid the various conspiracy theories floating on social media and a turf war between the Mumbai police and Bihar police, the Supreme Court directed the Central Bureau of Investigation (CBI) to take over Sushant Singh Rajput's death case.

The Narcotics Control Bureau (NCB) is the latest agency to be drawn into Sushant's death case after the ED stumbled upon a 'drug' angle, while probing the money laundering angle in the case.They alerted the NCB about purported WhatsApp conversations between Rhea and others regarding drugs like cannabidiol, MDMA, LSD and marijuana. 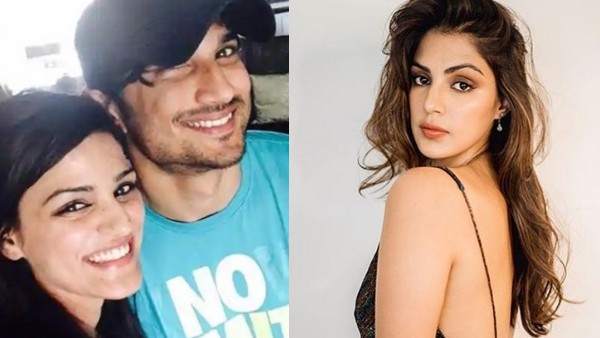