Sutapa Sikdar recently responded to a netizen questioning her on the condition of her late husband Irrfan Khan's grave at the Versova Kabrastan in Mumbai. Sutapa replied with grace when asked why the surrounding area of Irrfan's grave looked untended to.

An internet user had written, "Dear Sutapa, recently I saw a photo of Irrfan bhai's graveyard. I was heart broken, cause it's only few months and his graveyard looks like trash dumpster. I thought you planted 'Rat ki Rani', since he loved that plant. What happened? If the photo is real, then it's a crying shame. If you have a real recent photo of the graveyard, please Post it."

When Irrfan's co-star Chandan Roy Sanyal shared a picture of Irrfan's grave after visiting it recently, some pointed the same thing as this particular netizen.

Sutapa explained why she isn't allowed to visit Irrfan's grave, and shared where she has planted the 'Raat ki Rani' plant. She also questioned the need for everything to be according to definition and said that the plants around Irrfan's grave looked wild and beautiful.

"Women are not allowed in Muslim graveyards.hence I have planted the raat Ki Rani in Igatpuri where I have a memory stone of his...where I have buried his fav things .I own that place Where I can sit for hours without any one telling me I can't sit next to him. He is there in his spirit. But that doesn't mean the graveyard shouldn't be tended ..but as far as how is a very questionable thing... The wild plants grass have grown in rains.. It's wild and beautiful is what I saw in the photo you are mentioning..its rains and plants come and they wither in the next season..and then one can clean it. Why should everything be exactly as per definition.. And the plants have grown may be for a purpose look closely," wrote Sitapa.

Irrfan died due to a colon infection on April 29. His death, a loss of a celebrated artist, was mourned by people across the world. 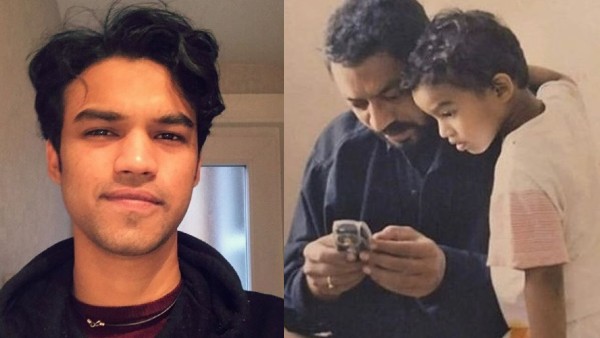