As Swara Bhasker writes an opinionated piece for The Week, she takes a sly dig at late actor Sushant Singh Rajput's family, and says that evidence that suggests his family has lied is emerging. Swara backed Rhea in her piece, and slammed the witch hunting. The actress also compared the media's treatment of Rhea to the Salem witch trials in the 17th century.

Swara writes, "Initially Bollywood insiders and ‘nepotism' were seen as the reason for Rajput's death. But, soon a case was filed against his girlfriend, actress Rhea Chakraborty, for abetment to suicide. This led to a shocking slander campaign and hysterical media trial that has practically declared Rhea to be a murderess, with no proof, based on contorted facts, rank misinformation and what are now being proven to be lies."

Swara: Rhea Has Been Vilified

Swara further wrote that Rhea has been investigated by three agencies- Mumbai Police, Enforcement Directorate and the CBI, and may soon be examined by the Narcotics Bureau. She has been vilified and called slanderous names by social media ecosystems and #JusticeForSushant ‘warriors'.

Swara further added, "Salacious conspiracy theories about her have done the rounds and she, her family and staff at her building have been physically hounded by shameless media personnel."

Swara also wrote about Sushant's family and Rhea's leaked WhatsApp chats going viral on the social media. She wrote, "Rhea's WhatsApp chats have been selectively leaked and despite her appearing on TV and rejecting the falsehoods more conspiracy theories have surfaced. At the time of writing, the CBI has not found any proof of murder in the case. But evidence that suggests that Rajput's family has lied is emerging."

She further added that watching this case play out and turn into a senseless, hysterical, conspiracy-heavy TV soap-like reality-show, she cannot help but wonder at the human condition. 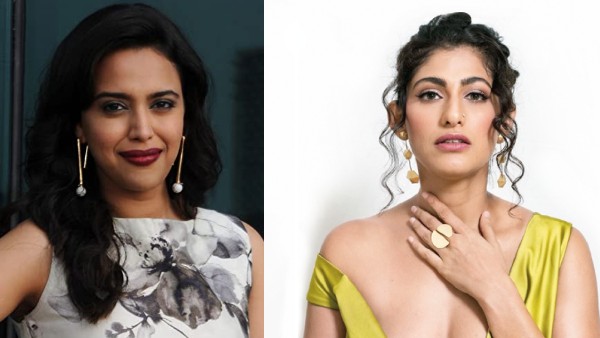