Just like most of the celebrities, actress Taapsee Pannu is keeping herself busy during the ongoing lockdown in the wake of the Novel Coronavirus (COVID-19) outbreak in India. She said that even though she doesn't enjoy cooking much, she's trying to sharpen her culinary skills because that keeps her occupied. Apart from that, Taapsee is also watching those films, which she couldn't catch in theatres owing to her hectic schedule. Taapsee also asserted that she loves gardening and is making sure to water her plants every day. When asked if there's any particular hobby, she would like to pursue in this free time, she said that she would have loved to dedicate more time to dance. But, as no dance teacher can come to train her, she's keeping this hobby on the backburner.

If you've watched Thappad, you would have realised that in real life, Taapsee's current lifestyle does sound like her character 'Amrita' in the film. When asked about the same, Taapsee told Mumbai Mirror, "Amrita was real and hence resonated with so many on a personal level." She further adds that director Anubhav Sinha had sketched Amrita's character keeping Taapsee in mind.

Speaking of Thappad and its collection, Taapsee said, "Deepika (Padukone) and Kangana (Ranaut)-whose women centric films, Chhapaak and Panga, released this year-are big names. We never thought that Thappad would match or surpass their collections, more so since films on acid attack survivors and a mother reviving her career don't divide the audience. It is a huge validation for everyone involved."

Thappad was not only praised by the audience, but by almost every film critic, who had watched the film. Taapsee received rave reviews for her stellar performance and immense praise for choosing such a strong script, which would make a difference in many lives. 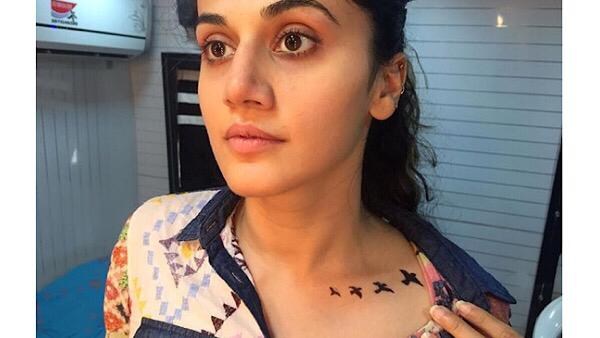 Speaking of receiving positive response, Taapsee said, "It's scary when critics declare you are in top form after every film. Where do you go from there? The graph should always keep climbing because once you reach the top; you have nowhere to go except down. Praise can go to your head, though mine is firmly placed on my shoulders."

We would love to see Taapsee in more films, in which she can play a strong-headed woman and set an example for women out there!