Actress Taapsee Pannu and director Anubhav Sinha are being showered with praises for their upcoming movie Thappad. The film revolves around the story of a married couple who don't seem to have anything wrong in their relationship, but one slap changes everything. Thappad is being hailed as a much needed movie in Bollywood, and its trailer has been received with a positive response on social media.

Even Member of Parliament Smriti Irani, whose political views are the stark opposite to those of Taapsee and Anubhav, has lent immense support to the film and said that she will surely watch it when it releases.

Taapsee is delighted with Smriti's words of encouragement for Thappad.

Speaking to Spotboye, Taapsee said, "I am extremely pleased to know she likes the trailer and would want to watch the film. It will be a pleasure for the entire team to show her the film. I am happy we all connect on this issue."

In a pleasantly surprising move, Smriti Irani had taken to her Instagram handle to share the trailer of Thappad, and had written a lengthy note on the subject of the film. She wrote that it is not ok to hit a woman, not even once.

Stating that although she does not support the political ideology of the director and may disagree with some actors on some issues, she wrote that this is a film that she will definitely watch, and hopes people watch it with their families.

Some have thought that the film is a response to the Shahid Kapoor starrer Kabir Singh, which was called out for being misogynistic. But Taapsee has said that the issue being addressed in Thappad is important, and it cannot be trivialized by saying that it is an answer to Kabir Singh. Thappad is scheduled for to hit theatres on February 28, 2020. 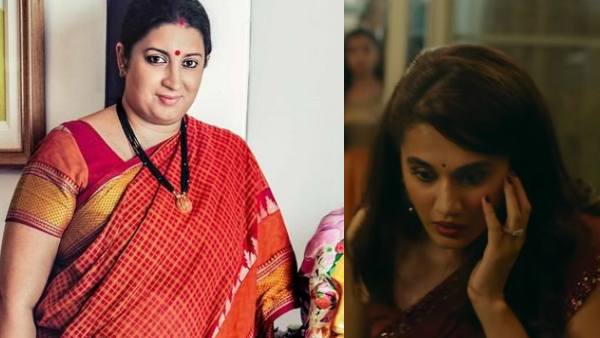 ALSO READ: Smriti Irani Promises She Will Watch Thappad; Urges People To See The Film With Their Families 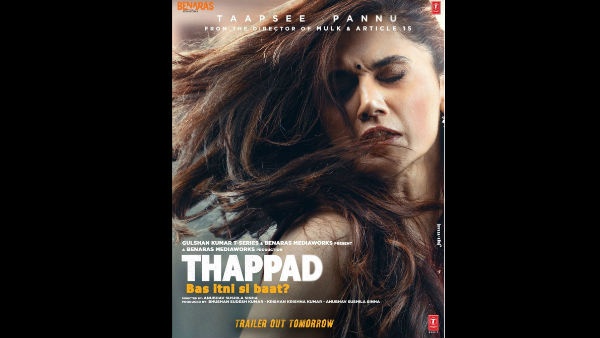