Taapsee Pannu, who is currently giving back-to-back hits, is all set to feature in the Hindi remake of German film, Run Lola Run. The film is titled Looop Lapeta and will be helmed by Aakash Bhatia. It's scheduled to release on January 29, 2021.

The Game Over actress will feature alongside Tahir Raj Bhasin in the film. Run Lola Run is one of the most popular films and was Germany's official entry for Best Foreign Language category back in the 90s but couldn't win.

Looop Lapeta is all set to go on floors in April this year. Coming back to Taapsee, the actress has many films in her kitty. She is currently gearing up for the release of Anubhav Sinha directorial Thappad, which is slated to release on February 28, 2020.

Right, so here's yet another announcement from my stable. I'm on a roll. Or shall I say in a loop? Stoked to announce Sony Picture India and Ellipsis Entertainment's crazy thriller-comedy, "LOOOP LAPETA", an adaptation of the cult classic "Run Lola Run." Looking forward to the roller-coaster with my director Aakash Bhatia, my co-star, Tahir Raj Bhasin and the amazing folks at Ellipsis Entertainment (Tanuj, Atul) and Sony! Mark your calendar for 29th Jan, 2021! @tahirrajbhasin @sonypicturesin @ellipsisentertainment @bhatiaaakash @tanuj.garg @atulkasbekar @vivekkrishnani @Aayush_Blm #loooplapeta

She will also be seen opposite Vikrant Massey and Harshvardhan Rane in Vinil Mathew's directorial venture Haseen Dillruba. The thriller is set to release on September 18, 2020. 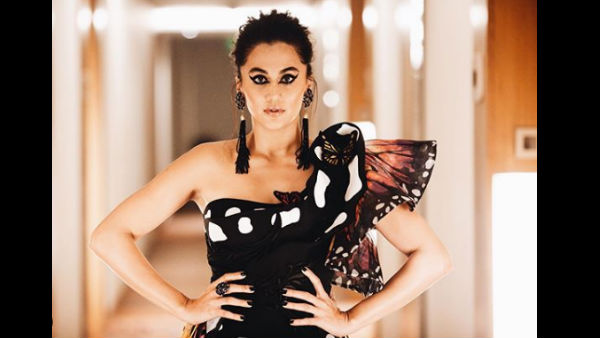 Also Read : Taapsee Pannu Says Success Has Given Her Confidence That Her Choice Of Films Are Right

On the other hand, Tahir Raj Bhasin will be seen in Kabir Khan's directorial venture, '83. He is playing Sunil Gavaskar in the film, it's slated to release on April 10, 2020.