Tara Sutaria may have made her big Bollywood debut just last year, but the young actress has already starred in her second film, and is on to filming her third one. Tara says that with her third film Tadap, she is doing not many people expect her to do. In a recent interview, she spoke about how these are exciting times for women in films as there are great opportunities for them.

During a media interaction at the Lakme Fashion Week, Tara said, "These are really exciting times for women in the movies. There are great opportunities for us. The kind of roles I want to do, the list is endless and the next film I'm doing something not many people expect me to do. I want to reinvent myself with every film."

She said that they have shot most of the film. Much of it has been shot in Mussoorie, where she also shot her first film Student Of The Year 2. She is looking forward to the release of Tadap.

Tara added that she always wanted to be a singer and is delighted that she got a chance to act too. She is looking forward to the next few years and hopes to get a chance to sing in her films as well. She revealed that she would also like to direct one day.

After Student Of The Year 2, Tara was seen in the romantic action film Marjaavaan, starring alongside Riteish Deshmukh, Rakul Preet Singh and Sidharth Malhotra. The film was directed by Milap Zaveri.

She will be starring opposite debut actor Ahan Shetty in Tadap, which is being directed by Milan Luthria and produced by Sajid Nadiadwala. 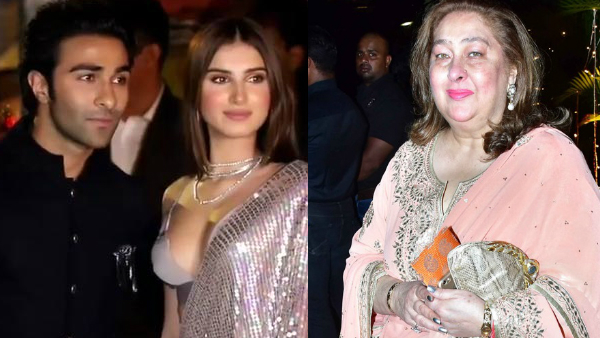