Team Kangana Ranaut has left the netizens appalled yet again with their tweets. This time they have hinted that there is a threat to Kangana's life, but the actress is not scared of death. Without taking names, team Kangana tweeted, "Many things are being done to silence Kangana, movie mafia and politics mafia has joined hands in this murder, they are under estimating Kangana nothing scares her not even death no need to do small tricks..."

This tweet of Kangana's team scared her fans and they started asking the actress to stay safe, as they don't want to lose another talented star after actor Sushant Singh Rajput.

For the unversed, Sushant breathed his last on June 14, 2020. He was found dead at his Bandra apartment. His sudden demise has left netizens puzzled and curious to find the reason behind his alleged suicide. While some feel he opted to take his own life because of ill-treatment in the industry, others refuse to believe he died by suicide and plead to the government to initiate a CBI inquiry in his death case.

Meanwhile, Kangana's team also took a sharp jibe at Maharashtra CM Uddhav Thackeray and wrote, "World's best CM is saying give me proof,so its now up to the public now to give him proofs but @MumbaiPolice didnt even seal the crime site no hair strands or finger prints can be acquired but Movie mafia's best CM wants us to give him proof." 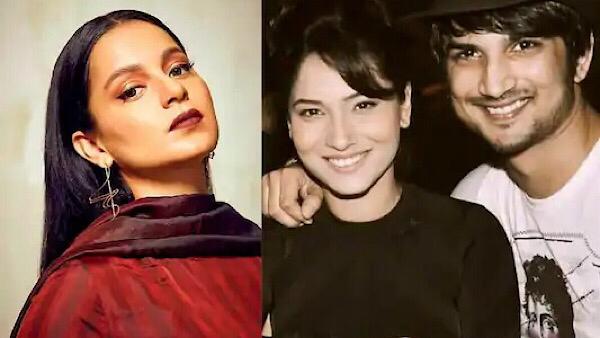 Team Kangana further tweeted, "Sushant's family and friend Samita has confirmed he wanted to leave the industry he was suffocated and fearful, he kept saying they will kill him and world's best CM declared his murder a suicide in 2 mins, and movie mafia vultures started mental illness campaigns."

What's your take on Kangana's tweets? Do your thoughts echo with her? Tell us in the comments section below!