After staying away from the arc lights for a while, Abhishek Bachchan is all set to make a comeback on the big screen with The Big Bull. The actor was last seen in Anurag Kashyap's Manmarziyaan co-starring Taapsee Pannu and Vicky Kaushal.

Speaking about The Big Bull, the makers unveiled the first look poster of the movie today. Abhishek shared the poster and wrote, "The Big Bull! The man who sold dreams to India."

In the still, Bachchan Jr. is seen sporting a moustache and a pair of glasses and many rings on his fingers.

Reportedly, The Big Bull is based on India's biggest securities scams of 1992. Rumours suggest that his character is loosely inspired by Harshad Mehta, who fell from grace after the stock market scam in 1992. Mehta was referred to as 'The Big Bull'.

This Abhishek Bachchan starrer is co-produced by Ajay Devgn who too shared this poster and wrote, "#TheBigBull The man who sold dreams to India." 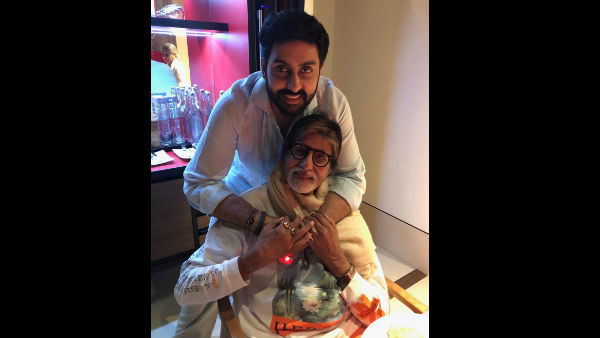 Why Did Abhishek Bachchan Yell At The Paparazzi While He Was Out With Amitabh And Jaya? 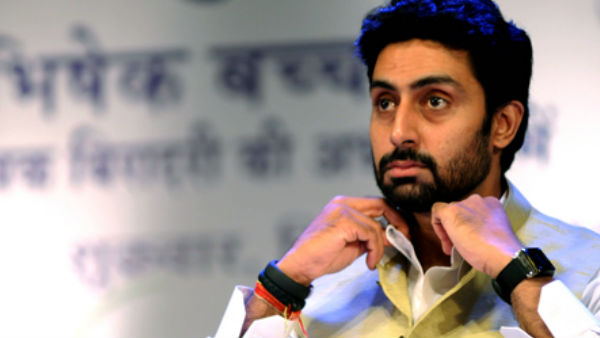 Abhishek Bachchan Shuts Troll Who Called Him 'Unemployed'; His Epic Reply Is A Must-Read!