Vicky Kaushal, the talented actor of Bollywood is on a signing spree. As per the reports, Vicky has an extremely busy year ahead with some highly promising projects lined up. According to the latest updates, the Uri: The Surgical Strike actor is all set to begin the preparations for the upcoming Meghna Gulzar project, very soon.

Meghna Gulzar, the talented filmmaker, is joining hands with Vicky Kaushal once again after the huge success of Raazi for the upcoming biographical movie, which is based on the life of Sam Manekshaw. The sources close to the project suggest that Vicky is planning to undergo a lot of training for his character in the flick.

'Vicky will have to undergo a lot of training procedures before he begins shooting for this film. Meghna is a taskmaster and Vicky is keen to start the prep work at the earliest. By mid-2020, he will begin his work for this film,' revealed the source.

Raazi, the last collaboration of Vicky Kaushal and Meghna Gulzar was a commercial success. Expectations are riding high on the Sam Manekshaw biopic, as the project brings together some exceptional talents of the contemporary Hindi cinema. The movie is jointly scripted by Raazi fame Bhavani Iyer and Badhaai Ho! fame Shantanu Srivastava. The project will also mark Vicky Kaushal's second collaboration with Ronnie Screwwala, after the success of Uri: The Surgical Strike.

The Raazi actor recently wrapped up the shooting of his much-awaited upcoming project Sardar Udham Singh, the biographical drama which is directed by Shoojit Sarcar. Vicky Kaushal has been roped in to play the lead role in a few highly anticipated upcoming projects, including the horror-thriller Bhoot-Part One: The Haunted House and period drama Takht. Both projects are produced by Karan Johar for Dharma Productions. 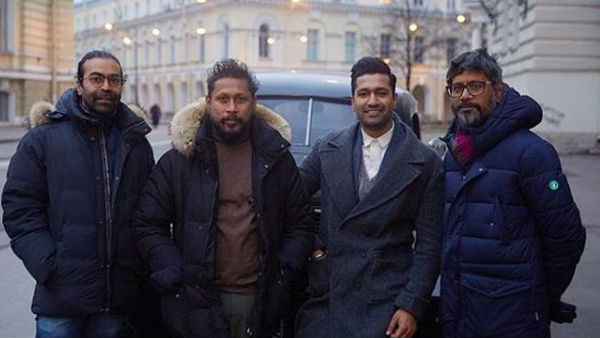