Akshay Kumar is a trained martial artist and has always been training women in self-defence. The Khiladi Kumar is an inspiration for women who earlier used to feel unsafe and curb themselves to go and work outside their house.

Amidst all, Akshay recently shared a video of a young girl from an event which will give courage and inspire many women in India. Sharing the video on Twitter, Good Newwz actor wrote, "WSDC So happy to meet this young little girl at the graduation day of our Womens Self Defense Center today and it is this confidence in her to take on the world which encourages our team to keep going #WSDC @adityathackeray".

So happy to meet this young little girl at the graduation day of our Womens Self Defense Center today and it is this confidence in her to take on the world which encourages our team to keep going 👏👏 #WSDC @AUThackeray pic.twitter.com/Dv9ZEj4ea2

In the above video, one can see Akshay kneeling down to match up to the girl's height. While interacting to her on stage, he asks the girl, "Why are you learning self defence?". Interestingly, she replies confidently and says, "Because I like to play football. I wanted to get a side but I couldn't. Then my mother told me that if you learn self-defence, you will be able to get the ball. So, I don't fight with them (players) but tell them 'you don't fight with me'." Isn't it adorable?

Akshay was completely overwhelmed with the young girl's confidence.Meanwhile, the actor will next be seen in Rohit Shetty's Sooryavanshi opposite Katrina Kaif. The film is all set to release on March 24 this year and will also star Ajay Devgn and Ranveer Singh in a cameo appearance reprising their iconic characters, Bajirao Singham and Sangram Bhalerao respectively. The actor will soon begin promotions for the same. 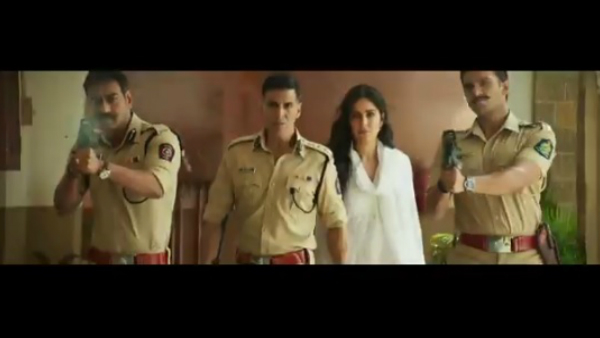 Initially, the film was supposed to release on March 27, 2020, but due to Gudi Padwa and Ugadi holiday and Maharashtra government's decision to allow theatres to operate round-the-clock in Mumbai, the makers decided to prepone it by three days.