Vidhu Vinod Chopra's latest film, Shikara: The Untold Story Of Kashmiri Pandits, was recently critiqued by two students. The open letter of the students stated that the title Shikara 'beautifully justifies the story', but questioned the tagline, 'The Untold Story Of Kashmiri Pandits'. They opined that it is misleading as viewers would assume that it is about the sufferings of the Pandit community, which is not at the forefront of the story.

Vidhu replied to the open letter and shared his point of view. The filmmaker stated that the film is a tribute to his mother, as it is her story. Agreeing that it is a very sensitive topic, he reasoned why he decided to go with the tagline.

Vidhu wrote, "Dear Arbeena and Asif, #EidMubarak to you and everyone else in #Kashmir! I read your review of my film #Shikara in the Kashmir Observer. I liked the approach you have taken to present your views. Shikara is a tribute to my mother. It is my mother's story."

'What Happened Was Wrong'

Writing that the exodus of Kashmiri Pandits that happened 30 years ago is a ‘dark blot on our history', he added, "It is a very sensitive topic. What happened was wrong. People were thrown out of their homes and their city. Yes, there were external forces which created this unfortunate divide but it is still unresolved."

How He Tried Not To Sensationalize The Issue

Explaining how he tried his best to avoid sensationalizing the issue, he shared an anecdote. "I walked into a packed theatre for one of the first screenings. Three hundred people stood up and applauded. Suddenly one lady screamed that the film wasn't representative of her pain. I was accused of commercializing the tragedy," he wrote, adding, "I spent many days thinking about what she said. And I realise that what she wanted was more hate. She wanted a film that demonized Muslims, and that sowed even more animosity and bloodshed."

He Saw His Home Destroyed By Hate

"Arbeena and Asif, you are the future. The way you shape your thinking will go a long way in having a progressive and peaceful Kashmir. I have seen my home destroyed by hate. Do not let it consume you. I want the future of Kashmir to be different from its past. Insha Allah!" he signed off. 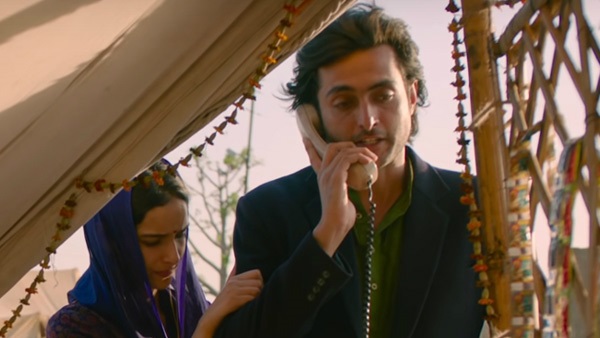