Deepika Padukone's recent visit to JNU visit to extend her her solidarity with the students, who were subjected to mob violence on Sunday evening (January 5, 2020), has evoked a divided opinion on social media.

The actress arrived at Sabarmati T-Point in the university where a public meeting was being held and stood by as Kanhaiya Kumar raised slogans and left just as Aishe Ghosh, who too was injured in the attack, began to speak.

As soon as visuals of Deepika from the protest meeting went viral on the internet, #BoycottChhapaak began to trend on Twitter. In fact, a leading news channel even ran a hashtag #JNUFilmPromotion.

Read some of the tweets here.

There's a line in Tashkent files by @vivekagnihotri sir.
"We are in a state of war, The war of ideologies" @deepikapadukone You supported the ideology of #TukdeTukdeGang
Now Face the indophile nationalist ideology 🇮🇳#BoycottChhapaak #Nameitlikebollywood

Ma'am I'm a big fan of your work,
And I know my words are nothing for you, but really we want to know what thing pushed you to went into JNU matter??
Illusion....#DeepikaPadukone #boycottchhapaak #IStandwithDeepika @deepikapadukone

BJP leader Tajinder Pal Singh Bagga even tweeted, "I request my all friends to boycott Deepika's movies for her support to the Tukde-Tukde gang."

At the same time, there was a section of netizens who supported and lauded Deepika Padukone's JNU visit and started trending hashtags like #ISupportDeepika, #IStandWithDeepika and #ChhapakDekhoTapaakSe.

Check out some of the tweets here.

I will watch #Chappak in theatre. Will take more friends with me as well.
Cowards Bhakts threatening to boycott her films coz they can't counter her with thoughts. She stood with the voice against this fascist government and now it's our duty to stand with her. #ISupportDeepika pic.twitter.com/f3F57rC3OA

Deepika Padukone, the hero that you are today! You have been a Queen all along in true worth! #ISupportDeepika pic.twitter.com/4x6EHQXAzp

Sorry for kids who are not able to follow their Father's principles. #ISupportDeepika#ChhapakDekhoTapaakSe#JNUSU pic.twitter.com/f612ZXO9bU

Meanwhile, many Bollywood celebrities like Anurag Kashyap, Sonakshi Sinha, Lisa Ray and others tweeted in support of Deepika Padukone.

Sonakshi Sinha posted on her Twitter handle, "No matter which political party you support,do u support violence?Don't visuals of bleeding students and teachers shake you up?We can't sit on the fence any longer.Kudos to @deepikapadukone for showing up,& all those who spoke for speaking up.This is not the time to stay quiet."

Filmmaker Vikramaditya Motwane called Deepika a 'true hero' and wrote, "Deepika's stand is going to make a lot of young people question their parents, their peers and their government. Hopefully they'll go out and educate themselves. And not parrot everything authority tells them. She's a true hero."

Shabana Azmi wrote, "@deepikapadukone When she was attacked over Padmavat very few came forward to support her. She knows what it feels to be targetted and she has shown exemplary courage by supporting the JNU students with quiet grace,More power to Deepika Padukone."

Sayani Gupta tweeted, "Thank you @deepikapadukone for giving this movement a mainstream narrative. For using your position to choose the correct path. It always comes to the women and yes, they do deliver! Big love sister! #WeAreWithJNU #noplaceforfascism."

Director-producer Nikkhil Advani wrote, 'As producer today @deepikapadukone would've been standing in the preview theatres in Mumbai waiting to hear praise being showered on her maiden production. She instead chose to stand in solidarity with #JNUstudents knowing fully well the ramifications of her actions. #RESPECT."

"Let's not forget she is also the producer of the films .. stakes are even higher . Mad respect for @deepikapadukone," read Anurag Kashyap's tweet.

(All social media tweets are unedited) 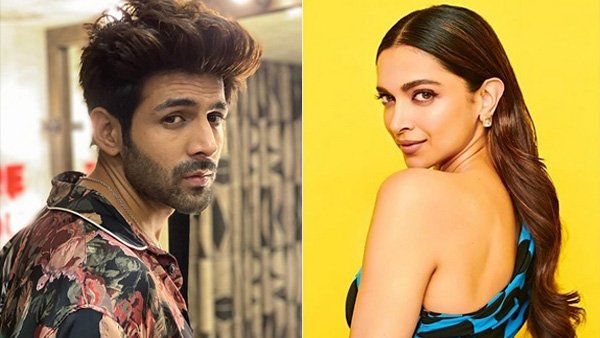 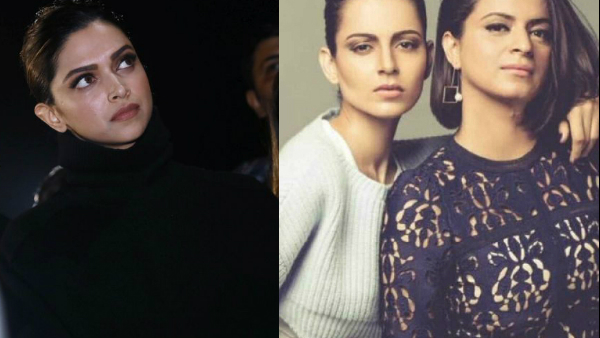