Actor Varun Dhawan turned 33 today and the Kalank actor is celebrating this special occasion, his quarantine birthday, with his dear ones at home. Varun has always been popular amongst the masses for his appealing screen presence. He is one of the most humble actors in the industry but in real life, he is a naughty guy.

Varun Dhawan has proved himself as an established actor in Bollywood. Despite being the son of director David Dhawan, Varun climbed up the success ladder in the industry on his own. The Dhawan family is very happy with Varun's success, but once upon a time, they had called him a 'disgrace to the family'.

At the age of 16, Varun Dhawan was slapped by his elder brother, Rohit Dhawan for partying late in the night with girls elder than him. The Main Tera Hero actor recalled this incident in the second season of the popular podcast by Neha Dhupia, ‘No Filter Neha', a few years back. Varun Dhawan had revealed that he arrived late at night one day and was joined with some elder girls. Later, Rohit came in and slapped Varun for his careless behaviour. In an interview with News Nation, Varun Dhawan said, "It had become 2:30 am, my phone had gone off and I hadn't informed anyone that I'm home. After one hour my brother came knocking on the door because the watchman had told my brother I had gone up over there and he was like is Varun there? And then he saw me coming out of the room, I had just come out of the room man because all of us were sitting in that room. And at that age, I definitely wasn't going to get lucky with someone 10 years older than me. I didn't have that game. So I came out, and my brother shut the door and he slapped me like super hard."

Rohit Dhawan Complained To Their Parents About Varun

After slapping him, Rohit Dhawan decided to complain about him to their parents. Varun said, "Rohit slapped me, I understood, I messed up, done. But he started running up the stairs. Now I've run behind him, screaming, 'Bhaiya, stop stop.' He's run-up, rang the bell, my parents are awake! Dude, my parents are awake, my mom is awake, and my dad is pissed! Standing like I don't know what I've done. Like I was at someone's house, I wasn't even under the influence of any alcohol, nothing. I was just sober like you know. What's my fault?" (sic)

Parents Called Varun A Disgrace To The Family

Varun Dhawan later revealed that his parents called him a disgrace to the family. They even punished him for the same. He said, "My mother was like, 'you're a disgrace to this family,' my dad was like, 'you're this, 'you're that and we're ashamed of you, you're grounded for three months.' And I'm like what have I done, how is it my fault that girls who are ten years older than me, call me to come to a party, which guy wouldn't go?! Which guy? I said if I didn't go also you would have another problem but THIS!"

Cut to present, Varun Dhawan is now making his parents proud. He has worked with his dad on two films. After directing him for Main Tera Hero and Judwaa 2, David Dhawan is all set to bring their third collaboration, Coolie No. 01. The film also stars Sara Ali Khan in the lead role. 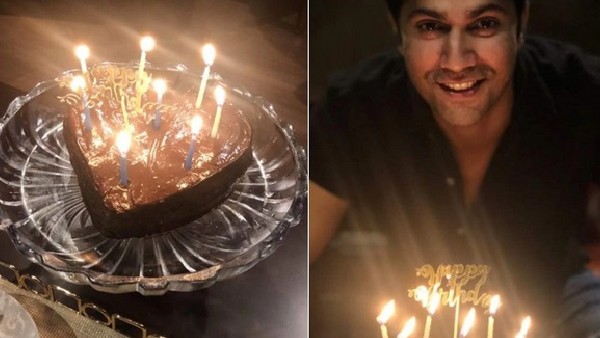