In her recent tête-à-tête with an entertainment portal, Raveena Tandon reminisced about her old shooting days and revealed that she had once danced barefoot at a construction site with Akshay Kumar. She was talking about the shoot of none other than her iconic song, 'Tip Tip Barsa Pani' from Mohra.

While speaking to Pinkvilla, Raveena said that her experience for the song Tip Tip Barsa Paani was a tough one. Raveena revealed that she shot for four days at a construction site, where nails and stones were lying around.

Nonetheless, Raveena did a terrific job and the song is still remembered as one of the most sensuous songs of Hindi cinema.

Cut to present, Raveena will next be seen in KGF: Chapter 2 alongside Yash and Sanjay Dutt. In the same interview, Raveena said that she had already wrapped up shooting of KGF: Chapter 2. "Shooting for KGF Chapter 2 was a pleasure. The role is different it has got shades of grey. There is a lot of suspense. I wasn't sure if I would have been able to do it, but it was an amazing and fun role to do," said Raveena. 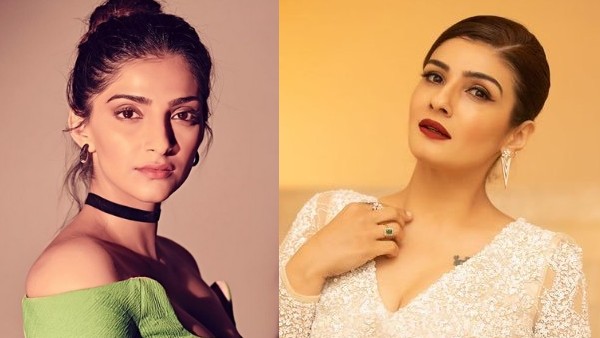 Raveena also spoke about her experience of working with Yash and said, "Yash is a fantastic person, he is a gem to everyone on set. It was a great experience to shoot with him. The whole unit was warm. Luckily my schedule got over in February before coronavirus and the lockdown. We wrapped up the film."