This is the comedy-drama film after which Sanjay Dutt got the title of 'Sanju Bhai' as he played the main character of Munna in the film who is a local goon who sets out to fulfil his father's dream of becoming a doctor. With help from his sidekick Circuit, he enrols himself in medical college and what follows is a set of hilarious and gripping scenes. It is now remembered as one of Bollywood's classic comedy film also famous for its 'Jadhu ki Jhapi' that it gave the audience!

In this remake of the action-drama film with the same name from 1990, Sanjay Dutt plays the role of Kancha Cheena who is the antagonist. In a spine-chilling performance, the actor played the part of an evil and unscrupulous man who the protagonist is up against. Sanjay truly gave an impactful performance and of course, the film was a super-hit!

Dhamaal is another classic-comedy film of Bollywood in which Sanjay Dutt played the part of an inspector who is up against 4 lazy friends to venture out on a race to find a hidden treasure in Goa which they got to know about from a dying man! The film entails hilarity and guarantees giggles every time even with a re-watch. Sanjay's role in the film is both action-packed and comical giving the audience a perfect mix!

In the renowned action drama film, 'Vaastav' Sanjay Dutt plays the character of the protagonist Raghu who is a common man who decides to run a food stall with his best friend to get rid of their unemployment. However, Raghu's life takes a drastic turn after he accidentally kills one of their customers. This film won several accolades and was critically acclaimed by the audience and critics alike.

The film is a comedy-drama film that features Sanjay Dutt and Govinda in the forefront whose characters are two mischievous brothers, who are sent to Goa by their father for indiscipline and nuisance. They end up falling in love and get stuck up in a hilarious mix of moments in order to impress the girls' father.

Talking about his upcoming projects, Sanjay Dutt has a great line up of projects such as Bhuj: The Pride of India, Torbaaz, Sadak 2 marking his reunion with Mahesh Bhatt, and Shamshera ahead. We will also be seeing him in the South Indian cinema with K.G.F Chapter 2. 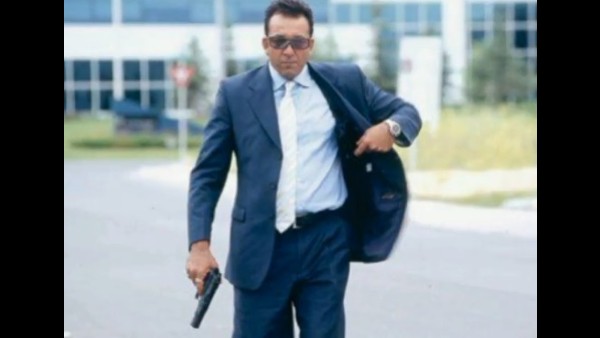 ALSO READ: Sanjay Dutt Celebrates 15 Years Of Dus: Working On This Film Was An Absolute Delight