In an age where rap music scene in India is bursting, Yo Yo Honey Singh continues to remain a favourite rapper for many. As the popular musician turns 37 today (March 15), we bring good news too all those Honey Singh fans who were demanding love songs from him. Honey Singh had promised that he has many love songs which ready to be dropped.

More Yo Yo Honey Singh Love Songs On The Way

When fans requested Yo Yo Honey Singh to produce more love songs after the success of his most recent song, ‘Loca', he said, "Many love songs are ready! We are working on two songs, one of them is Dance Love song just like Love Dose and one is a proper Dance Song. After that, there will be one more song for which we will be shooting which is a proper Love Song."

All Set To Shoot Their Music Videos

More recently, Honey Singh revealed that the love songs are ready and they will be travelling soon to shoot their music videos. He shared that he has prepared two to three songs. One of them has been titled ‘First Kiss' and the other one, ‘Saiyaan'.

Honey Singh's latest song ‘Loca', a song for all the party animals out there, has become a massive hit. Loca, which means ‘crazy' in Spanish, has been sung by Honey Singh and Simar Kaur. Loca is infused with Reggaeton beats and Latin vibes. Honey Singh collaborated with T-Series for this song, after songs like ‘Makhna' and ‘Gur Nalo Ishq Mitha'.

Happy Birthday Yo Yo Honey Singh!

Yo Yo Honey Singh has seen a fantastic career in music so far, with hit songs like ‘Brown Rang', ‘High Heels' and so on. He has even produced a number of songs for Bollywood. Honey Singh rose to prominence with ‘Angreji Beats' in the film Cocktail which was from his album International Villager. 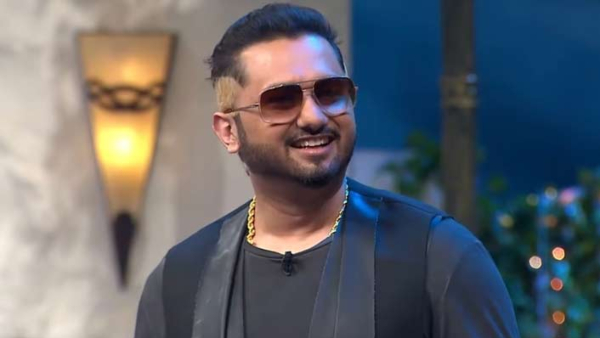 ALSO READ: Rap Sensation Yo Yo Honey Singh Reveals Plans For His New Grooves And Here Is What He Has To Tell Us