There are many actresses, who often get body-shamed on their social media accounts and Zareen Khan is one of them. However, the actress has stopped giving much attention to the constant trolling and negative comments on her Instagram page.

In her recent tete-a-tete with Hindustan Times, when Zareen was asked how she deals with the trolling and body-shaming, the actress said that trolling never bothered her. There are so many times when she doesn't even pay attention to it.

Zareen said, "Yes, certain times, you should give it back to them because it is necessary. But you can't be giving them so much attention every time because if you do, then they keep doing it just to get attention. Also, I feel that trolls are people I have a lot of empathy towards, especially because you are writing negative things under a fake profile."

"If you had the guts to say whatever you are saying, then you would write it with your own identity. I think these people are really suppressed in reality, frustrated and don't have a say in anything in their life. This is their way of venting out and trying to get some attention on social media under a fake profile. What could be bad about these people?"

Zareen was last seen in Aksar 2 and will be seen next in Hum Bhi Akele Tum Bhi Akele, which is based on homosexuality. In the same interview, Zareen Khan also said that cinema is evolving towards the LGBTQ community and she is very happy to see actors being fearless and picking up such roles. 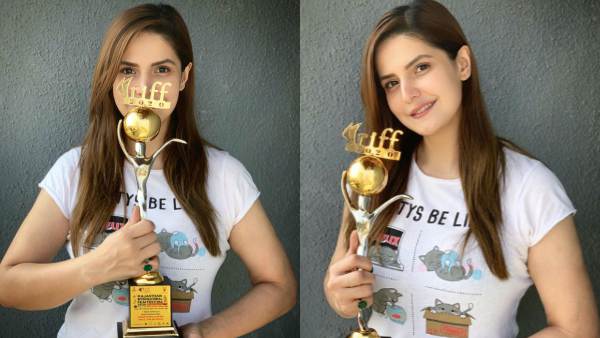 Hum Bhi Akele Tum Bhi Akele is slated to hit the theatres on February 14, 2020. The film will clash with Imtiaz Ali's Love Aaj Kal, which casts Kartik Aaryan and Sara Ali Khan in the lead roles.