Aamir Khan's daughter Ira Khan who has an immense fan following on social media, just made her relationship with Nupur Shikhare Instagram official. The star kid shared pictures with Nupur on the occasion of Promise Day on Thursday.

While Nupur has earlier shared pictures with Ira on his Instagram account, this is the first time she has officially addressed him as her beau. The caption read, "Its an honour to make promises with and to you❤." She also added hashtags like "#hi #whaleyoubemine #myvalentine #buddy #yourebetteratcheesylines #dreamboy."

The photo gallery featured goofy pictures of the two, while the first one is a candid picture, the second one shows them twinning in yellow. Ira can be seen posing in a yellow-white saree, while Nupur wore a yellow kurta. The picture reportedly is taken from the wedding ceremony of Ira's cousin Zayn Marie.

One candid picture shows them sitting in a garden, holding each other's hands and enjoying some wine. Other pictures show them looking at each other, posing for the camera. Apart from fans, Fatima Sana Shaikh was also gushing over the cute couple. The actress left a lovely comment as she said, ''❤️❤️❤️ Awwww''.

Nupur Shikhare is said to be Aamir Khan's fitness trainer and started spending more time with Ira during the lockdown. Nupur reportedly had also accompanied the Khan family on the Gir trip for Aamir and Kiran's wedding anniversary.

Ira, who is Aamir and Reena Dutta's daughter, made her directorial debut in 2019 with a theatrical adaptation of Euripides' Medea. 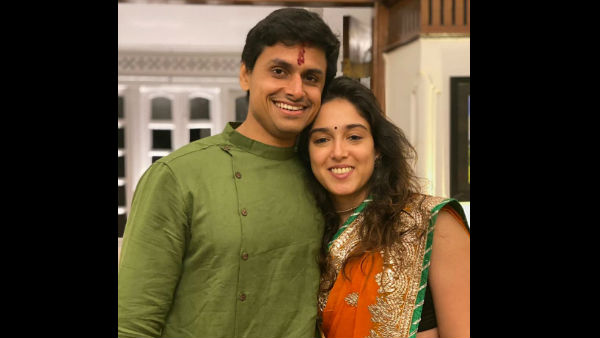 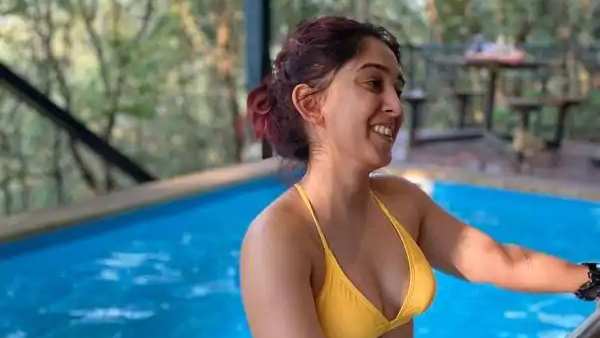 ALSO READ: Ira Khan Takes a Break For Self-Care, Takes a Dip In The Pool And Enjoys A Book In Bathtub