After being in a steady relationship for four years, Student Of The Year 2 actor Aditya Seal got hitched to his actress-girlfriend Anushka Ranjan in an intimate ceremony in Mumbai on Sunday (November 21, 2021). Alia Bhatt, Bhumi Pednekar, Vaani Kapoor, Athiya Shetty and Krystle D'Souza were some of the B-town celebrities who made their presence felt at the wedding.

Before their D-day, the lovebirds had hosted a star-studded sangeet which was attended by Alia Bhatt, Vaani Kapoor, Raveena Tandon and Krystle D'Souza, Gulshan Grover, Bhagyashree and her son Abhimanyu Dassani. For their sangeet ceremony, bride-to-be Anushka dazzled in a red sequined saree while Aditya looked stylish in a black and silver outfit. 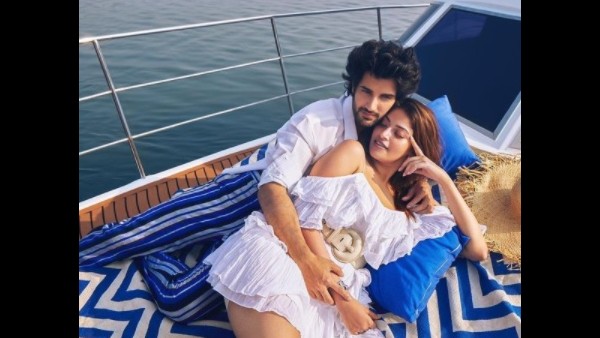 Coming back to their wedding ceremony, it was a low-key one which was attended only by the couple's close friends and families. 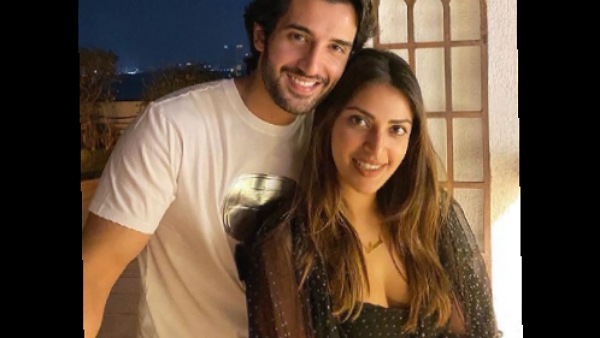 Anushka Ranjan On Wedding Rumours With Aditya Seal: Will Talk About It When Things Are Concrete

"I have never wanted a big fat wedding, and I am happy we are having a small celebration with close friends. Also, I am not someone who will fuss over her lehenga or take days to decide on songs for my sangeet! In fact, I was not really thinking of marriage now, but my sister suggested that if not now, when? I come from a family background where my parents had never made it mandatory to get married at a certain age. It was all about work and doing what I like. The feeling of becoming a wife hasn't sunk in yet, but I am happy that I will be with someone I have loved and known for a long time now and everyone around me is happy, too. That's ideal," Anushka had earlier told ETimes.

Aditya Seal made for a dashing groom in a yellow embroidered bandhgala kurta and a white dhoti along with a white turban. On the other hand, his 'dulhaniya' Anushka Ranjan ditched the traditional red and opted for lavender-hued lehenga.

Some Candid Shots Of The Couple From Their Wedding

Aditya Seal and Anushka Ranjan couldn't take their eyes off each other at their wedding and these pictures scream it in bold.

'Dulha' Aditya Seal On His Way To His Wedding

Looking at this picture of Aditya, all we can say is 'Alexa, please play 'Heeriye Sehra Baandh Ke Main Toh Aaya Re'.

Aditya and Anushka clicked while taking the wedding vows.

These Two Are All Things Love

The newlywed couple is all smiles for a sweet picture post their wedding.

The Gangubai Kathiawadi actress was one of the early guests to arrive at the wedding. She was accompanied by her sister Shaheen Bhatt.

The Pati Patni Aur Woh actress picked up a yellow lehenga for the occasion and looked resplendent in it.

Anushka Ranjan is seen posing with her girl tribe which includes Vaani Kapoor and Krystle D'Souza.

Meanwhile, also have a look at these inside videos from Aditya Seal and Anushka Ranjan's wedding.